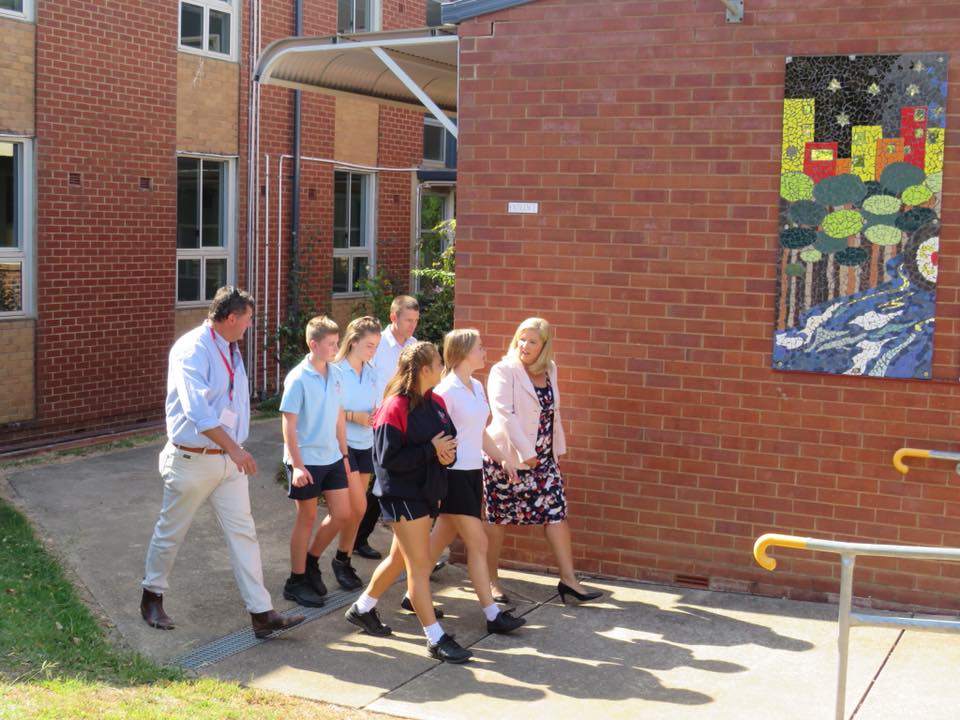 Every public school in New South Wales would have a school nurse if Bronnie Taylor MLC had her way.

For the time being, the Parliamentary Secretary for the Deputy Premier and Southern NSW is content to let a two-year trial at three high schools speak for itself and build momentum for more positions in the future.

Young in Western NSW was the first community off the ground late last year, followed by Tumut and Cooma in the second half of 2018, but this is more than band-aids on schoolyard scrapes and ice packs for injuries on the sporting field.

School nurses are common through private and public, day and boarding schools in NSW but this trial will see a Wellbeing and Health In-Reach Nurse Coordinator (fancy talk for school nurse) working across public primary schools and high schools in all three towns.

“Mental health, in particular, was a serious concern. Young has the second highest rate of hospitalisation for self-harm of all local government areas across New South Wales.

“These amazing educators recognised that their students needed help, and they were proactive in suggesting and seeking solutions,” the MLC says.

Brendon Scifleet is now working in the role at Young, and Bronnie Taylor says he is, “an amazing fellow with a clinical background in adolescent mental health, he is so approachable and down to earth and perfect to connect with kids at the three state schools in Young.”

The school nurse role in Young is fully funded by the NSW Government. Recruitment is currently underway for the two Southern NSW positions which are being funded by a $520,000 investment from Snowy Hydro.

“One student [at Tumut High School] summed it up beautifully. He said that the nurse would be a window to the outside world,” Mrs Taylor says.

“Kids might have run into a brick wall when it came to their health and wellbeing, unable to see where they could access help, but these nurses will help to make it clear, open up opportunities and pathways, and show them the way to a healthier life.” 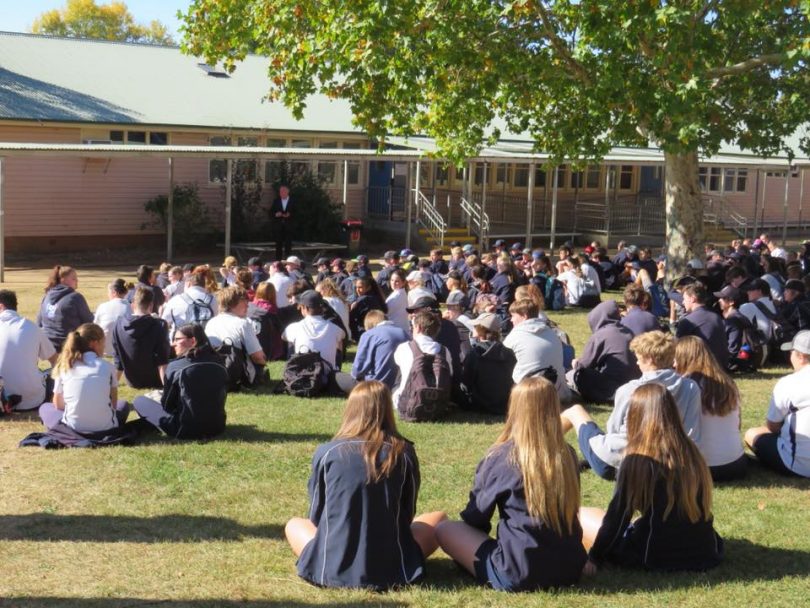 Coordinating existing relevant local services will be one of the key tasks for each school nurse.

“What I hear all too often in those towns is that there are many programs; in fact, so many that people cannot keep track of them,” Mrs Taylor says.

“They cannot identify what is there, how it can help them, or how they can access it.”

Mrs Taylor says her own daughter and family have benefited from having a school nurse at hand.

“She really helped us navigate the system, and I thought if we can get lost, what’s happening for others?”

The trial also recognises the growing pressure and demands being placed on schools and teachers, who find themselves having to try and address social and family issues in order to make learning possible.

Speaking to school principals in Batemans Bay recently, Mark Scott, Secretary of the NSW Department of Education recognised the increasing influence social issues were having in the classroom and on teachers and principals.

“The complexity [of the job] is not all to do with teaching and learning,” Mr Scotts says.

“The complexity in part is because of broader pressures in society – pressures around families and the stability and security of the environments young people come from.

“Schools are often the one secure anchor point in a child’s complex and turbulent world, so schools often need to broker an array of support for students that often extends well beyond what has been traditionally provided in a school,” he says. 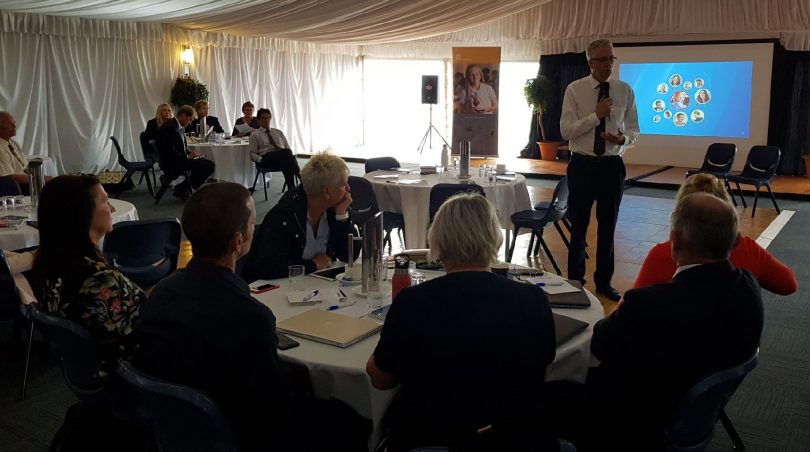 Mark Scott speaking to principals from across southern NSW in Batemans Bay. Photo: Dept of Education.

“I strongly believe these amazing nurses potentially have a greater role to play in the public education system.”

Mrs Taylor, a nurse herself before entering parliament, has flagged improvements in attendance, behaviour, academic performance, health and quality of life.

“I have come to believe that school nurses could become part of the solution to the issues in some of our schools.”

Ahead of the trial, some schools took the idea and made it their own, finding money within their existing budgets to employ a school nurse.

The ABC recently reported on the success Ashcroft High School in Western Sydney had experienced.

“Three-quarters of its students are among the poorest in the country, with no families in the top socioeconomic quartile,” the ABC’s Natasha Robinson reported.

Since involving a school nurse and other health professionals in school life, the ABC reported that Ashcroft students had gone on to gain high tertiary entrance scores and see big improvements in NAPLAN results.

Principal, Ted Noon told the ABC that once students were supported in all aspects of their lives, they were able to learn effectively, and develop remarkable resilience.

“In recent years we’ve had a group of kids who are averaging distinction and high distinction in medical science, law, teaching and so forth,” he said.

“We also have our kids getting apprenticeships as plumbers, electricians.

“It brings tears to my eyes to see that these kids have settled into their workplaces, they’ve formed good relationships, they’re looking healthy, and I know that we’ve done a good job.

“I’m absolutely proud of them and proud of our community.”

Mrs Taylor says she now has people from all over the state ringing her wanting a school nurse, “local communities get this straight away,” she says.

Speaking recently to the Primary Health Care Nursing magazine, Britta Crozier, President of the School Nurses Association says there is a huge need across a range of youth issues, not just mental health.

“The ever-increasing need for awareness of food allergies and the risk of anaphylaxis continues to be a big concern, as is asthma and diabetes,” Ms Crozier told PHCN.

“Obesity is a whole-of-society issue and school nurses can influence young people around diet and lifestyle and also drugs and alcohol.”

The School Nurses Association has welcomed the trial but Ms Crozier has pointed to the need not to overload the role suggesting one nurse per school as the baseline.

“The program will have a strong evaluation process,” Mrs Taylor says.

“I believe in this program and I am optimistic and excited about it. We have seen it in other schools and states and it makes a difference.

“I think it can do the same for the health and wellbeing of students in Young, Tumut and Cooma.”

*This story first appeared on RiotAct