The $3 million sale of ‘Tannoch Brae’ in Bowning has broken records in Yass Valley for price per acre. Photo: LAWD Real Estate.

The $3 million sale of a NSW rural property in the Yass Valley to a cattle breeder from Young has set a new record for the district.

‘Tannoch Brae’, situated 5km south of the Hume Highway on Graces Flat Road in Bowning, settled on Thursday, 12 November, for $6200 per acre ($15,300 per hectare) to Tony Starr from Starrs Limousins.

That is a significant rise on the average price of $11,296 per hectare of farmland in Yass Valley in 2019. Agent Colin Medway, from LAWD Real Estate, said the price per acre was a record for Yass Valley.

He said the 484 acre (196 hectares) property is a “good block of productive land that can sustain a high stocking rate and is well watered.” 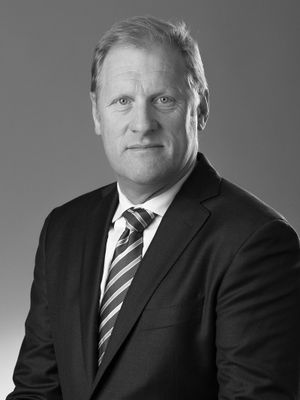 The buyer had sold a property at Young and wanted to relocate to Yass, said Colin.

“He’d been in the market for a while and this one really suited him,” he said.

‘Tannoch Brae’ has a history of sheep and cattle production and the sale included the four-bedroom, one-bathroom 1910 homestead, shearing shed, cattle yards and hay/machinery shed.

A large dam near the homestead supplies a system of water troughs across the property. The sale also included 36.5 hectares of oats.

However, the sale had “definitely set a trend” in the district, according to Colin, after selling a 600-acre property, ‘Braeburn’, on Coolalie Road in Yass for more than $6000 per acre this week.

He said south of Yass, towards Canberra, the price of rural land has “become irrelevant”, referring to the fact that people will pay above the land value.

The low number of listings is driving significant buyer interest, according to Colin.

Rural Bank’s Australian Farmland Values report shows the amount of farmland for sale has declined in Yass Valley, Bega Valley, Queanbeyan-Palerang and Shoalhaven in the past 12 months. A large dam near the ‘Tannoch Brae’ homestead supplies a system of water troughs across the property. Photo: LAWD Real Estate.

In fact, NSW recorded its sixth consecutive year of growth in 2019 as the continued drought saw a 14.5 per cent reduction in the area of land transacted year-on-year, according to the report.

As for whether investments in farmland at these prices is smart, Rural Bank CEO Alexandra Gartmann said they are.

“On average, Australian farmland has delivered compound annual growth of 7.5 per cent over 20 years,” she said. “It’s a remarkable result and it highlights that investing in farmland over the long-term will deliver, through good times and bad.” The area known as Nanima lies amidst rolling farmland between Murrumbateman and Gundaroo, Spring Range and Yass River, in beautiful,...
Read More

A grand two-storey British Colonial-style residence is for sale as part of a secluded 77-hectare estate in the Southern Highlands...
Read More