One person’s mission to reshape Canberra’s canopy by planting 100,000 trees 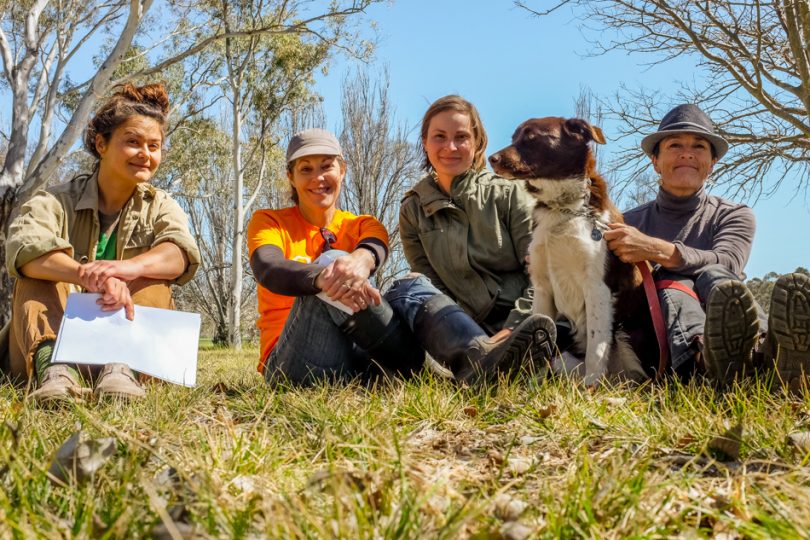 Canberra has long taken great pride in the canopy of trees which adorn the capital.

Now, one person’s mission to plant more than 100,000 trees and shrubs in the Canberra region by 2025 is taking form, adding to the lush landscape.

Edwina Robinson is the founder of The Climate Factory, a social enterprise set up this year to plant micro-forests in urban areas. Ms Robinson says these forests will help our community thrive in a hotter and drier future.

Indeed, the ACT Government proclaims to be doing its best to address Canberra’s dwindling canopy by planting 17,000 more trees across the city over the next four years, with the focus on areas with low canopy cover and where trees are ageing.

An Urban Forest Strategy will also be developed within 12 months, which will set out a pathway to meet canopy targets and build the resilience of Canberra’s canopy.

Edwina Robinson is taking trees into her own hands.

“I think the important thing is that we start planting now because obviously trees take a long time to grow,” Ms Robinson told Region Media.

“By planting trees, we buy time while our governments and our energy, transport and industrial sectors sort themselves out. We can’t go on as business as usual. There’s no point in making profits in an unliveable world.”

To establish the micro-forests, Ms Robinson is running a crowdfunding campaign to harness support from the community. She has spoken to the ACT Government and has put a proposal to the Downer Community Association to do a pilot project of 2000 trees and shrubs. There is also a similar proposal in the suburb of Wright. The proposal for a micro forest at Downer.

If that is successful, the plan is to create more micro-forests in other parts of Canberra and beyond.

Ms Robinson said the micro-forests will not only absorb carbon and cool the environment, but provide a habitat for wildlife and for the community to get involved in planting. She also has a model where a small-scale micro forest can be planted in people’s backyards.

A micro-forest would include 500 square metres of dense planting and may provide other amenities like wicking beds, timber bird boxes, seats and/or nature play spaces.

“If we can create these micro-climates and little parks, we hope people will spend more time there rather than coming straight home and turning the air conditioning on.

“Last summer, it was often too hot to sleep. I’ve heard from people in apartments that face west who just feel the brunt of the sun and there’s no cross ventilation where the buildings are all clumped together.

“What I’m hoping to do is empower people to feel like they are making a difference and that we can create a brighter future together.”

Ms Robinson has experience in a similar project to attract small birds and pollinators back into Canberra in her role as an executive officer with SEE-Change, a Canberra grassroots sustainability organisation formed in 2008.

With trees like the silver birch and Japanese maple becoming less suited to Canberra’s climate, Ms Robinson says we need to look at towns such as Dubbo, Gilgandra and Scone as examples of what needs to be planted here. Oak trees and the crepe myrtle are plants that can cope with hotter, drier conditions but still handle frosts.

ACT Greens MLA Caroline Le Couteur welcomed the initiative, saying street and park trees in our established suburbs are declining by around 3000 a year.

“It’s great to see committed people in the Canberra community taking matters into their own hands and getting more trees planted,” Ms Le Couteur said.

“We also need trees to protect biodiversity and birdlife, such as the Brown Treecreeper and Swift Parrot, which are considered vulnerable in the ACT.

“I wish Edwina all the best for getting The Climate Factory underway.” The Climate Factory volunteers planting trees. Their mission is to plant more than 100,000 trees in the ACT.

Ms Robinson is putting a list together of people who can help and will also run a crowdfunding campaign in October to hopefully raise $20,000 and potentially match that with ACT Government funding. She is also looking for corporate funding.

“It’s fantastic to see so many people supportive of this initiative. If we can grow this, it could be replicated throughout Canberra, and elsewhere in other towns and cities.

“Planting and watching something grow is empowering. Plant one tree and watch it flower, plant a forest and watch it thrive.”