They met with RFS volunteers and locals in the area who have been affected by the recent bushfires. They also received updates on firefighting efforts from the Incident Management Team in Moruya.

Recent rainfall in the area has assisted fire crews with back burning and building containment lines.

While meeting with locals at the Cobargo Relief Centre, Commissioner Fitzsimmons said via Twitter that it was “another example of great community effort”.

During the visit, the NSW Premier and Bega MP Andrew Constance confirmed $90,000 to rebuild the local children’s playground.

“I caught up with crews from the Bemboka and Candelo at Bemboka Station. Remarkable effort by all,” Commissioner Fitzsimmons said.

“Too often the case, members also lost homes and property. Thanks again all and of course, thanks for the Bemboka pie.” 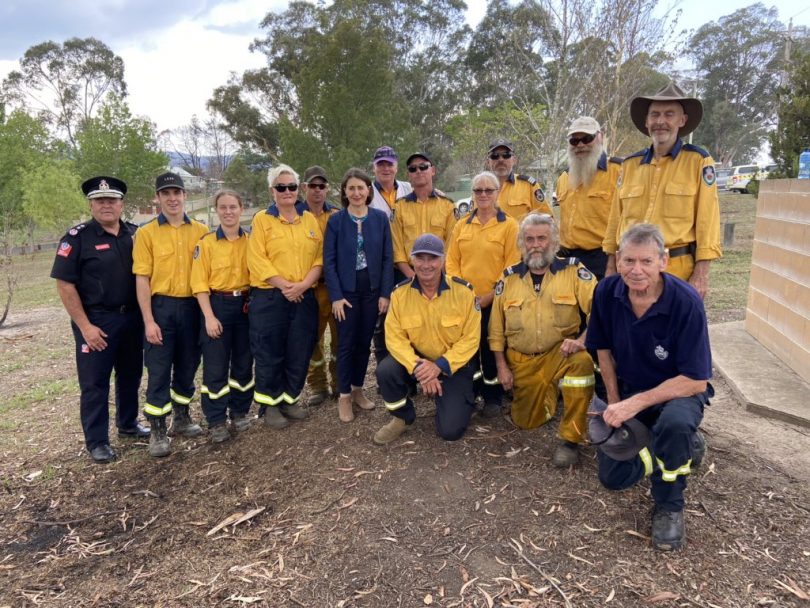 Crews from the Incident Management Team in Moruya with Member for Bega Andrew Constance and NSW Premier Gladys Berejiklian. After 30 years as a journalist, I don't often bother getting angry with politicians. I know there are good people...
Read More

UPDATED 3:00 pm: The Coalition stoush over preselection for Eden Monaro continues to develop rapidly, with revelations that Member for Bega Andrew...
Read More