Aboriginal artists in the Eurobodalla Shire are being encouraged to design and create an original work for a heritage award honouring former shire Mayor, the late Fergus Thomson.

Mr Thomson previously chaired the Eurobodalla Shire Council’s Heritage Advisory Committee and sat on the Aboriginal Advisory Committee during his time in council, and used his title to advocate for the preservation of culture in the region.

Mr Thomson said it was a love for his community that drove him towards working in the Council. 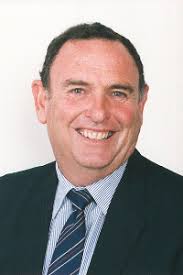 “I love the community and I think that is the only reason you could ever go into local government,” he said when he was awarded the Order of Australia medal in 2015. “If you did not enjoy it and you don’t enjoy working with the people, you wouldn’t do it – you couldn’t do it.”

Council said the artwork should recreate that sense of connection and community Mr Thompson valued.

“The way the people know the land, the climate and the animals of their country, and treat it as part of them, held great meaning for Fergus,” said a Eurobodalla Shire Council spokesperson.

“[The artwork] should convey a sense of time or endurance as these are elements that create and bind a community.”

The winner will be presented with the award by Ms Yvonne Thomson, widow of Mr Thomson, or a senior representative of the Thomson family.

The artwork should be created with natural materials such as stone, wood or other organic materials, but metals or glass may be acceptable. It must also be durable rather than fragile or too delicate.

Non-Indigenous artists will be invited to submit their concepts for selection in subsequent years, but for 2020 expressions of interest will only be sought from Aboriginal artists and designers.

Expressions of interest close on Wednesday, 10 June. Artwork specification and application details can be found on the Eurobodalla Shire Council’s website, or contact council’s heritage planner, Steve Halicki, on 02 4474 1324.

The Eurobodalla's most promising young writers have received applause with the winners of the 2019 Mayor’s Writing Competition announced. And...
Read More

The Eurobodalla’s Aboriginal artists have an opportunity to share their strong connection to the land by contributing to new town...
Read More

After a week of celebrations, the Eurobodalla NAIDOC Awards Ball at The Coachouse Marina Resort in Batemans Bay saw generations...
Read More