Access to some of the region’s special places is being improved with the NSW Government spending almost $12 million in Murramarang and Ben Boyd National Parks.

$8 million will be spent on the Light to Light Walk that links Ben Boyd’s Tower with the Greencape Lighthouse, south of Eden. It’s money that will also allow walkers to push on to the Wonboyn estuary at Disaster Bay.

In the Eurobodalla, $3.6 million has been allocated for the Murramarang South Coast Walk, a 39-kilometre four-day walk that links Batemans Bay, Durras, Pebbly Beach, Kioloa and Bawley Point.

The project for Ben Boyd National Park includes the construction of eco-designed, environmentally sensitive accommodation along the way.

“It will enable all levels of walkers to appreciate the beautiful, wild coastline of Ben Boyd National Park while taking in its unique fauna and flora and numerous vantage points for whale watching.”

At Murramanrang, the funding will provide for an upgrade to a number of existing unconnected trails supporting both multi-day and single day walks.

“You’ll be able to grab a day pack and walk between localities or undertake the full walk with a variety of accommodation options along the way,” Mr Constance says. 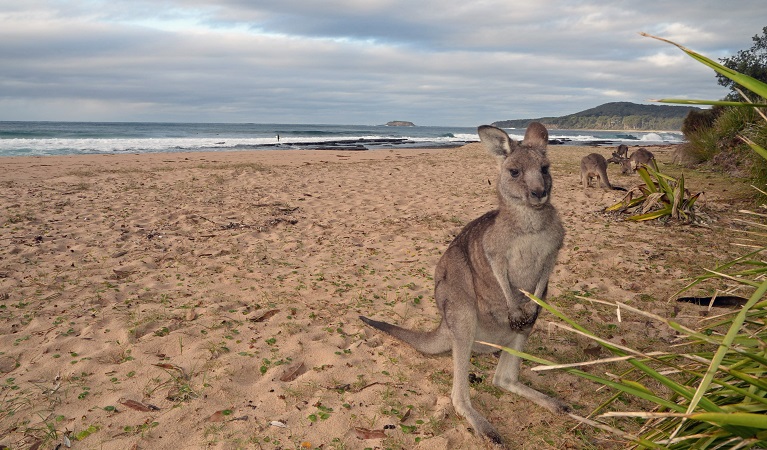 Jenny and Arthur Robb who run Light To Light Camps have welcomed the news, saying it has been three years in the making.

“As commercial tour operators on the Light to Light Walk, we were thrilled to hear this announcement and look forward to participating in the consultation process ahead,” Mrs Robb says.

The Robbs offer a number of “glamping” options over one, two and three nights centred around the Saltwater Creek and Bittangabee Bay camping grounds.

“We don’t really have a favourite spot as the landscape along the walk is ever-changing and always interesting and beautiful, but if I had to name a special place, Mowarry Beach is probably right up there,” Mrs Robb says.

“Mowarry is stunning and remote and we hope the plans are sensitive to this, as it is the area’s remoteness that greatly adds to its appeal.”

Mr Constance says once completed the Light to Light upgrade should support the equivalent of 23 full-time jobs.

“It will generate considerable economic activity and jobs and help to create a whole new generation of people who appreciate nature and become future advocates for the protection of our environment,” he says. 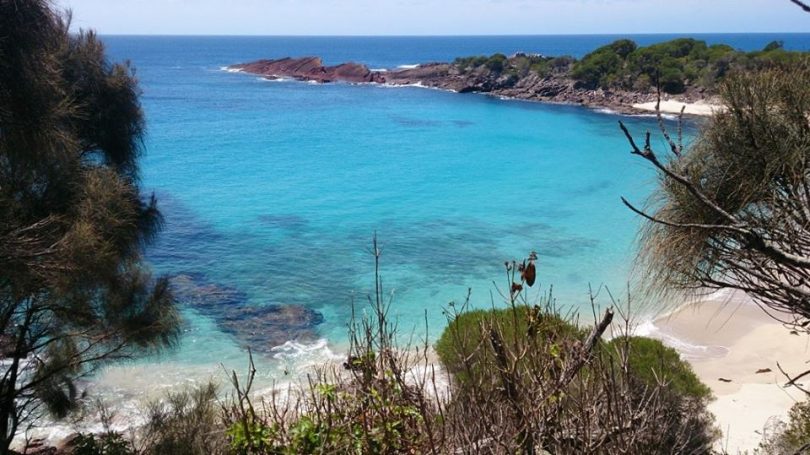 Tim Shepherd is the former Area Manager for the National Parks and Wildlife Service and now operates Light 2 Light Coastal Walks offering guided and self-guided tours along this pink and purple landscape.

“Nature tourism is the future for the Sapphire Coast – especially when looking at international markets,” Mr Shepherd says.

“The Sapphire Coast and East Gippsland are the least developed places in Eastern Australia – let’s make the most of it, accessible and unspoilt and Light to Light can be its centrepiece.

“Purpose-built accommodation is potentially a game changer, walkers will love the setting and the feeling of remoteness,” he says.

“As advocates for better accessibility for all in National Parks, we would hope that plans include opening up some of the areas along the Light to Light Walk,” she says.

“Signage along the track is pretty poor and that needs a complete overhaul and some of the facilities in the campgrounds need attention.

“We would like the planning to recognise that overdevelopment of infrastructure can sometimes compromise the actual experience so a ‘less is more’ approach would be smart,” Mrs Robb says.

“The Sapphire Coast is a prime location for carefully managed nature-based tourism. There are many opportunities for new businesses to be established.” 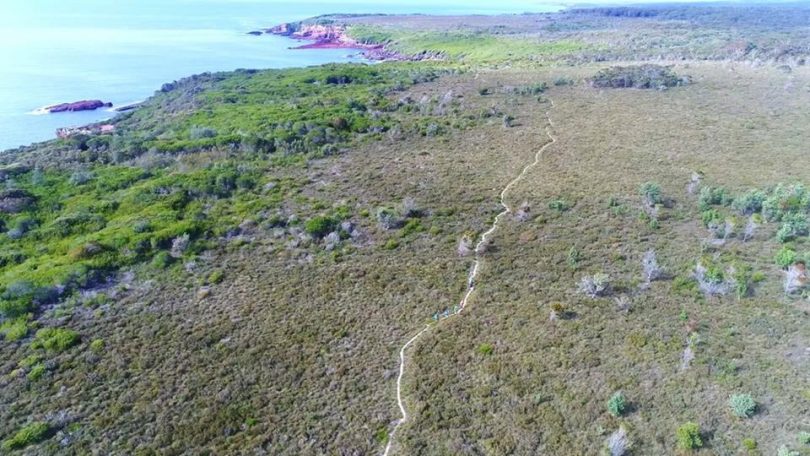 The Light to Light Walk takes in a range of landscapes. Photo: Light 2 Light Coastal Walks.

This $11.6 million dollars comes just a week out from the NSW Budget and comes two months after Deputy Premier and Member for Monaro, John Barilaro announced $27 million for 46km of new walking and mountain bike tracks within Kosciuszko National Park.

The one local walking track project lagging in this focus on eco-tourism is the long talked about Bundian Way, with Eden Local Aboriginal Land Council expressing frustration at missing out on the recent grant funding.

Andrew Constance says the NSW State Government has already invested approximately $1 million into the Bundian Way project and will continue to support the vision.

“To make sure Eden Local Aboriginal Land Council is given the best possible chance to succeed in future applications, they have been offered access to finance to help them build that capacity.

“Capacity building support will aim to improve the organisation’s application against the Fund’s selection criteria in the next round of the Fund,” Mr Constance says.

“We strongly encourage the organisation to take full advantage of this funding.

“I am fully committed to seeing this culturally significant project proceed and deliver what will be an amazing experience for locals and visitors.”

If you're looking for a peaceful escape, away from the throng of post-COVID travellers, a remote fishing hut might be...
Read More