Local teens have quizzed one of the world’s leading marine scientists in a conversation ‘across the ditch’ that ranged from women in science to the role Sapphire Coast seaweed is playing in tracking climate change.

The guest speaker, live from her lab on the shores of Otago Harbour was Dr Ceridwen Fraser, an Associate Professor in the Department of Marine Science at the University of Otago, New Zealand.

Ceridwen (Crid) has won several awards including ACT Scientist of the Year, the Australian Academy of Science’s Fenner Medal.

Global recognition for her work and passion includes the International Biogeography Society’s MacArthur and Wilson Award, and she was part of ANU’s delegation to the World Economic Forum at Davos in 2018.

Her research interests include:

One of her newest projects is using genetics to understand what is happening to kelp populations as they shift south with global warming, focussing on a species of kelp found only in south-eastern Australia, with its northern limit near Tathra. As we discovered our warming ocean is pushing Bull Kelp further south, looking for cooler waters.

With that in mind, just days before the live video hook up between Bega and New Zealand, Luke Brown, a teacher and Marine Scientist with the Bournda Environment Education Centre took a dive off the coast between Tathra and Turingal Head to collect Bull Kelp samples for Ceridwen’s research.

As plants and animals move to different areas to escape rising temperatures, populations at the edge of where they can survive are under a lot of pressure,” Crid explains.

“They’re really living ‘on the edge’, where it’s almost too hot for them to cope.

“For example, as seaweed species move south with global warming the most northern populations for each species are doing it hard.

“But we don’t know much about these edge populations. Are they genetically a better fit for warmer temperatures than more southern populations?

“Using genomic – fancy genetic methods, [we can compare] species near range edges to species in the central part of species’ ranges. That’s what we plan to do with the kelp collected from near Tathra – it’s a species that doesn’t grow much further to the north.

“So we will compare the genetic structure of those northern limit populations with populations in Tasmania.

“Then we can look at the patterns in the DNA to see if there are more mutations in some populations than others,” Crid says. It’s too soon to start talking about the results but the potential of this work lies in rehabilitating habitats and managing marine ecosystems.

Crid also used the opportunity to encourage and inspire her young audience into a career in science with a bent towards addressing attitudes that have stymied women in science.

“The most influential [scientific] heroin in my life would be my grandmother,” she says.

“She was a female scientist at a time when females weren’t really welcome in the science world. So I never saw it as something I couldn’t do.

“Now that I am further along in my career I can see that there are still challenges, there are a lot of inherent biases.

“But we are very conscious of them now, so I don’t think the biases are going to remain.” 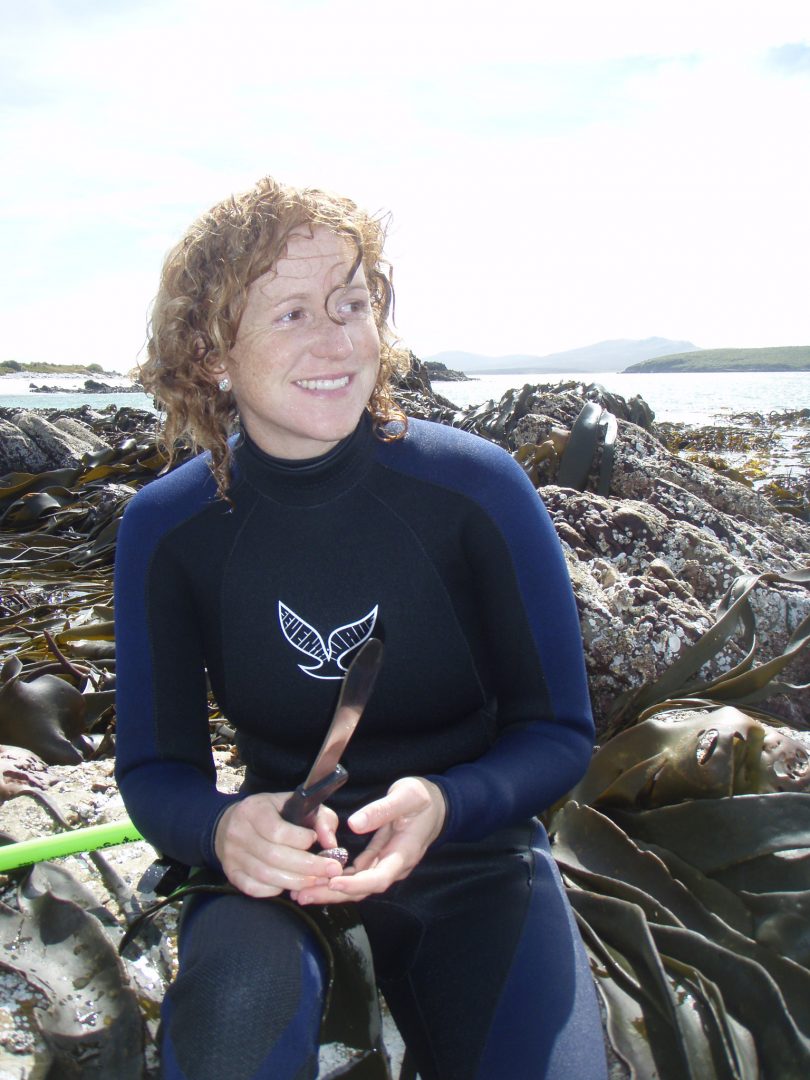 Crid is confident initiatives are spreading across academia that “level the playing field”, that aside she calls on broader society to be more aware.

“I have a four-year-old and it has been quite strange seeing the gender ideas he picks up,” Crid explains.

“A lot of this starts right at the beginning. My son picked up some lovely, sparkly princess shoes and begged me to buy them for him, so I did.

“And then he wore them to childcare and that evening he came back and said – I can’t wear them anymore, they’re girls shoes.

“And I thought that was really sad.

“Girls get that all the time, some times it’s very subtle, people don’t realise they are doing it.”

Click play to take in the full conversation and learn more…