A new project seeks to rehabilitate and restore the beautiful, picturesque inlet at the South Coast town of Narooma and increase the marine life there for all to enjoy.

The rockwall at Wagonga Inlet’s foreshore has been eroding for some time and getting worse, NSW Department of Primary Industries Fisheries marine estate and threatened species manager Jillian Keating said.

As mounting pressure is expected on the shoreline due to predicted sea level rises, one option is to rehabilitate the area, which is where the ‘living shoreline’ project comes in.

Ms Keating said these projects use natural elements, such as saltmarsh and oyster reefs, to prevent erosion. It is part of a worldwide movement to incorporate these natural features into infrastructure.

The project will help restore a number of marine habitats that are lost or declining in Wagonga Inlet, she said.

For instance, modelling from some years ago showed the installation of the inlet’s rock training wall caused a considerable loss of saltmarsh habitat in the estuary.

There had also been an estimated 99 per cent loss of oyster leases in Australia since the late 1800s due to a combination of destructive fishing processes and the extraction of lime and cement.

READ ALSO: Eyes to the skies – record numbers of pelicans about to take flight

The restoration of Wagonga Inlet foreshore will focus on the area between the Narooma Swimming Centre and Ken Rose Park.

The project’s first stage is reef construction, which aims to start in the next couple of weeks and will take about a month to finish.

“A further 1000 sqm of sub-tidal native flat oyster reef habitat will be created on the seafloor of the nearby ‘Deep Hole’.” Ms Keating said the project was not going to create issues for people wanting to access the water at the Inlet, saying “if anything it’s actually going to enhance it”.

There will be a boardwalk with a viewing platform from where people can see what is happening on the oyster reef and a jetty and pontoon to access the Inlet’s ‘Deep Hole’. These three features are expected to be installed later this year.

Ms Keating said this is the second large-scale project involving an oyster reef restoration in NSW, the first being in Port Stephens. It also involves the state’s first trial of a sub-tidal angasi reef in the Deep Hole. Angasis are also known as native flat oysters.

She said the progress at the Port Stephens project had been “quite incredible”. There were 50 million baby oysters, 34 species of fish, 50 times more fish on the juvenile reefs compared to bare sand and the reefs were estimated to filter three Olympic-sized pools of water per hour.

She expected locals and visitors would see similar results at Wagonga Inlet.

“I think people will see a real difference in biodiversity in marine life that occurs in the Deep Hole,” she said.

“We’ll definitely be encouraging people to jump in with snorkels and check it all out.” 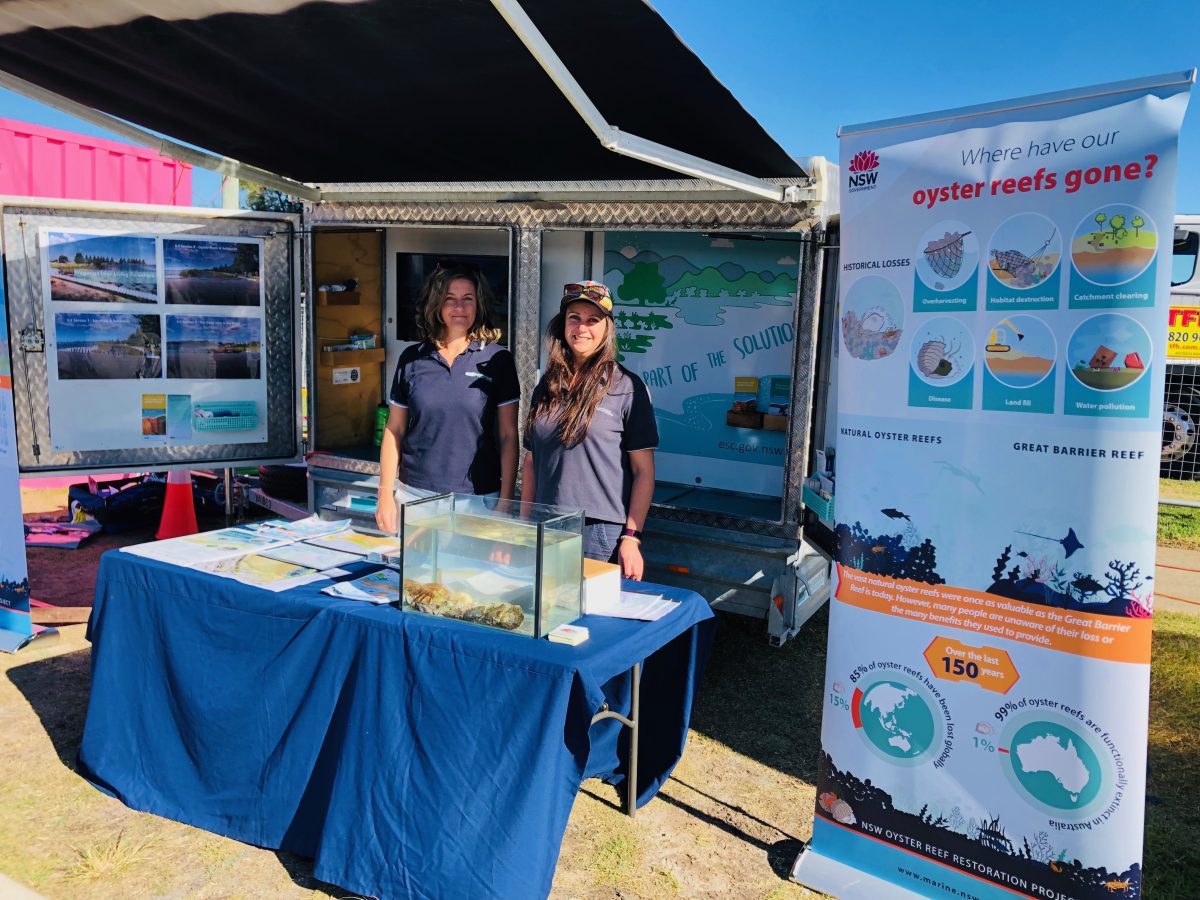 Nature Conservancy operations manager oceans Simon Branigan said shellfish reefs are one of Australia’s most critically endangered marine ecosystems. Thankfully, they can be saved from extinction.

“Restoring the oyster reef at Wagonga Inlet will be beneficial for both people and nature, by improving the water quality, providing marine life habitat, as well as providing an important natural defence for our coastline to reduce coastal erosion and damage from storms,” he said.

The project will cost about $1 million and funding is coming from DPI Fisheries, the Nature Conservancy Australia, the federal government and the Regional NSW Recreational Fishing and Camping Facilities Program.

Narooma is renowned for its pristine waters and scenic beauty, but some people fear its reef is in danger of...
Read More

Narooma's Black Bream Point, a 40 acre absolute waterfront property on Wagonga Inlet, is for sale and is expected to...
Read More