The NSW Police Mounted Unit is in the market for new recruits. Photo: NSW Police.

The NSW Police Mounted Unit is recruiting. They prefer their applicants to be unbroken, free of blemishes, have good intelligent heads and be between three and twelve years of age.

They will of course also need to be a horse.

The call went out through social media across the state. Inspector Sally Anne Rodgers from the Mounted Police Unit says they are looking for horses with a quiet nature and temperament.

“They need to be brave and not easily spooked, able to adapt to new environments and be exposed to traffic and crowds et cetera,” she says.

“So that comes back to the temperament of a horse.”

Insp Rodgers was promoted into the mounted unit as officer in charge in November 2021 and says she jumped at the chance to combine her love of horses with her career.

“It’s a dream come true, a fantastic position and a great place to work.” 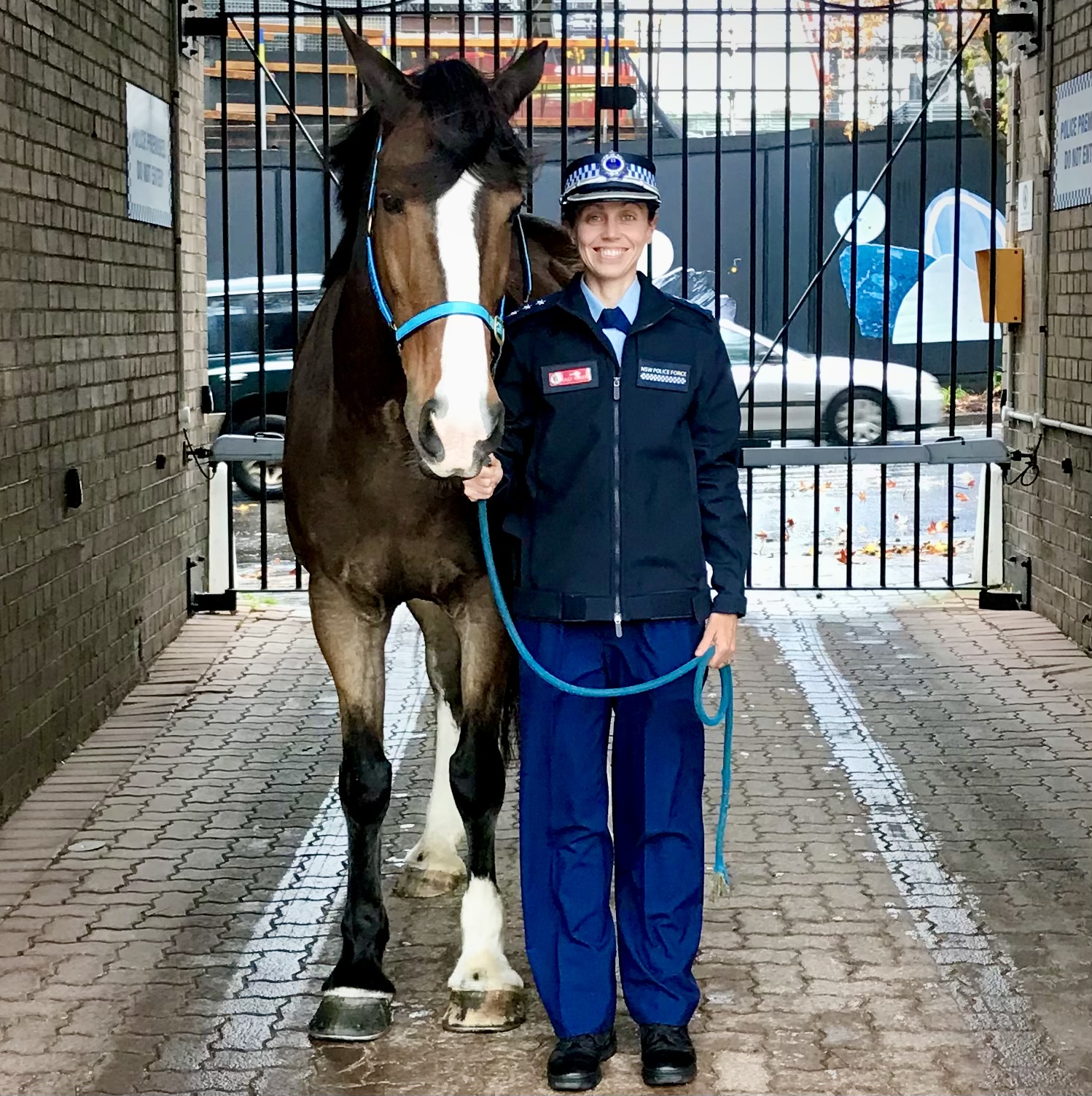 Based in the Sydney suburb of Redfern, the unit includes 37 officers, nine grooms and 32 horses.

Insp Rodgers says there is another horse in the latter stages of his training that they hope will join the team after a trial period.

“It’s all about us getting them out onto the street in traffic and subjecting them to the environment that they then need to be able to cope with whilst being a police horse. So it’s quite intense,” she says.

“We do what we call nuisance training where people will make noise in front of them, mimicking a public order crowd to expose them to what they would be confronted with as a police force on the street.” NSW Police has put out a call for new horses on social media. Photo: NSW Police.

Many of the horses are sourced from regional areas including the Riverina.

But when it comes to passing muster, it’s more than just temperament they are looking for.

“We have a lot of the heavier set horses like Clydesdales and Percherons now, which would be more suitable to the public order policing,” she explains.

“We’re quite open, but it comes down to more height and them needing to be the 16 hands [tall].”

They also specify that mounts must be bay, brown or black. It’s a tradition that dates back almost two centuries to 1825.

In the 19th century, good mounts were essential to cover the large distances between settlements in regional areas.

The early mounted officers were required to perform a broad range of duties from investigating assaults and animal theft to guarding gold convoys and searching for missing persons and escaped prisoners.

They were also at the forefront of the hunt for notorious bushrangers like Mad Dan Morgan, Frank Gardiner, Ben Hall and Captain Moonlight, who was captured for the last time at Wantabadgery Station near Wagga Wagga.

Mounted troopers also played a role in early European colonial expansion and were at times in conflict with Aboriginal tribes and resistance fighters.

In the 20th century, cars replaced the humble horse as the preferred mode of transport. Today Redfern is the only police station to include a mounted section. “It comes down to the ability to maintain a unit and have it centralised in one location,” Insp Rodgers says.

“But we are deploying statewide consistently throughout the year. We’ve had someone across the country in New South Wales at some stage every week.”

If you have a horse that you think might make the cut, Inspector Rodgers and the team would love to hear from you. Email [email protected]

Families urged to give DNA to find missing loved ones

Finding long-lost missing loved ones and identifying unknown human bodies and remains are the focus of a NSW Police initiative...
Read More