The hugely prolific Dan Sultan leads a stacked lineup announcement, with what looks set to be a highlight performance on the Saturday night. Women lead the charge elsewhere on the program, with the decidedly indie Sahara Beck and guitar band Hussy Hicks heading up Sunday and Monday nights respectively.

An enormous contingent of local poets and musicians will be spread across no less than nine stages dotted around Perisher. They’re mostly within walking distance of one another, but a free shuttle bus will escort festival-goers between the further-flung sites. If mother nature turns out to party as well, you might even find yourself skiing between stages.

And if you want your goggle tan and soggy feet to feel like they’re the result of a hard day’s work and not just a side-effect of partying in the snow, the festival is currently taking last minute applications for volunteers. 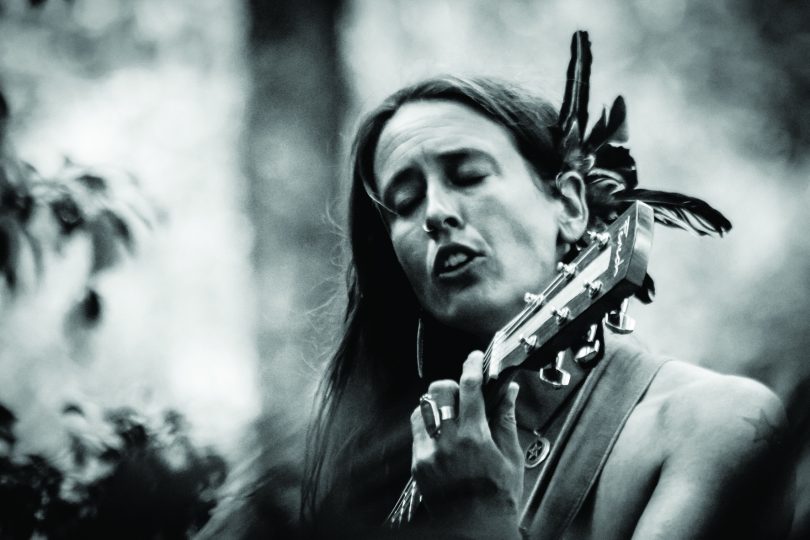 You can snag a 4-Day Festival Pass for the early bird price of $150. That’ll get you into every set you’d want to catch as well a few sneaky extras like free night skiing and scenic chairlift rides. If you’re planning on bringing the whole crew, check out the Peak 6 Pack deal that’ll score you a free sixth pass when you purchase five altogether.

Single-day tickets start from just $49, but if you’re after the full snowed-in festival experience, accommodation options start from $97 per person per night, twin share.

Oh, and children under the age of 15 get in for free with a paying adult.

All ticketing and accommodation info can be found at peakfestival.com.