Historic Bombala school given a future as part of the community 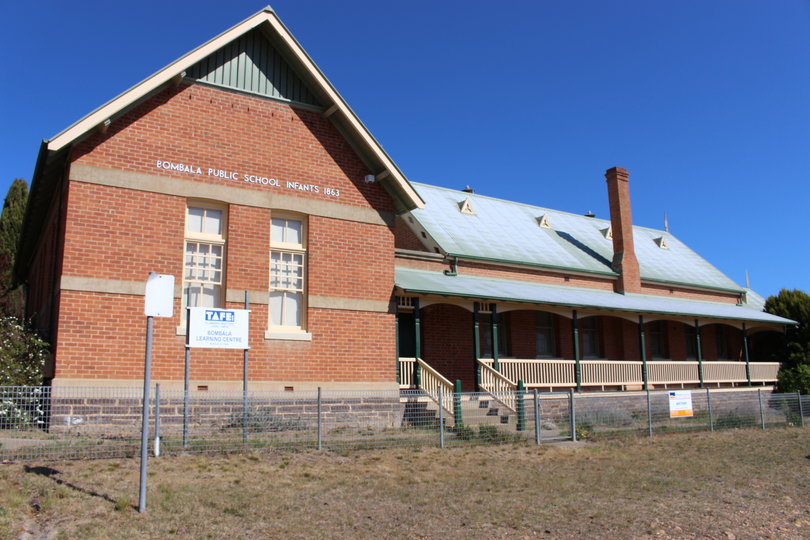 Plans are underway to turn the Bombala Infants School into a place of learning again, with a safety net in place guaranteeing a positive outcome for the community.

Locals were taken by surprise when an auction sign went up on the school’s fence back in June.

The site overlooking the town first opened as a place of learning in 1863. James Poulton, the school’s first teacher had 75 kids to mark off his role on day one. In the mid-1990’s the school was closed and childhood education in Bombala consolidated on the Bombala High School site.

TAFE moved into the space for a period of time offering a range of vocational and special interest subjects, however changes within TAFE and the opening of the Trade Training Centre at Bombala High took momentum and opportunities away from the historic site.

With the State-owned building empty and unused its future was put out to the market, swift community action halted the sale with the Member for Monaro, Nationals Leader, and Deputy Premier John Barilaro gifting the building to Snowy Monaro Regional Council. Not much has changed since kids last played here. Photo: Ian Campbell

The group that formed to stop the sale is now looking at its next step and a new chapter in the buildings 144-year-old story.

Sue Haslingden from the Bombala and Delegate Region Arts and Culture Advisory Committee says with the new Council in place it’s time to get going.

“My three children went to school here, a lot of families have incredible ties with this beautiful old building, ” Sue says.

Sue is a former Bombala Shire councilor and has just been elected to the merged Snowy Monaro Regional Council, she also remembers taking part in art and photography classes at the old school under TAFE.

“Once the art classes stopped we just found rooms here there and everywhere and applied for arts funding to bring instructors in a few times a year,” Sue says.

“We approached TAFE about using this space, but it would have been at a commercial hire rate, so it just wasn’t viable for us.” A resumption of arts and cultural activities is seen as part of the old school’s future.

“Over the years we’ve lost Ando Public School, Bibbenluke has just gone, this building is such a part of Bombala,” Sue says.

“This building was put here by the community, the building itself was funded through fundraising and back in the early days even the teacher was funded by community efforts.”

The thought of the building being sold and the proceeds deposited into the combined TAFE coffers was a ‘red flag to the community’ Sue says.

“It was a real concern that the money from the sale wouldn’t be turned back into our community,” she explains. With a business plan already in place through the gifting arrangements between State and Local Government, the Arts and Culture Advisory Committee is now waiting to get the keys and put the plan into action.

“We would like to see this place as the home of a local progress association, as a place for tourist and cultural events, and as a community meeting place for a range of interests and groups,” Sue says.

Appointing a project officer to activate and manage the space is one of the first steps to drive the idea forward.

“The town needs a place for a range of groups to call home, this will be a hub for the Bombala community,” Sue says.

An exit clause has been negotiated that guarantees funds from any future sale of the building would be returned to Bombala.

“So if our business plan doesn’t work, and we find we can’t maintain it or it’s not viable, in three years time we can sell it and the money stays in the community,” Sue says.

With plans for an opening event growing, Sue says, “Watch this space!” Anyone for cricket? Photo: Ian Campbell

About Regional content is supported by the contributions of members – thank you! People and businesses like Patrick and Meagan O’Halloran, Patrick Reubinson, Kym Mogridge, Danielle Humphries, and 2pi Software.