For those about to rock, the Royal Australian Mint has immortalised Aussie rock legends AC/DC in a high voltage set of coins available to collectors and the general public.

The band that has made millions of dollars from no less than 16 studio albums and decades of global touring is being saluted by the Mint, which is celebrating milestone anniversaries of six classic AC/DC albums with six unique coin tributes, a seven-coin set, and a limited-edition silver-frosted uncirculated coin.

The coin release comes as the band is set to release its 17th studio album in November, called Power Up, which is a tribute to their late rhythm guitarist Malcolm Young, who died in 2017 and co-founded the band with brother Angus in the early 1970s.

This week also saw AC/DC’s first single in six years, Shot in the Dark, which saw lead singer Brian Johnson return to the band after losing most of his hearing following the Rock or Bust world tour in 2016. 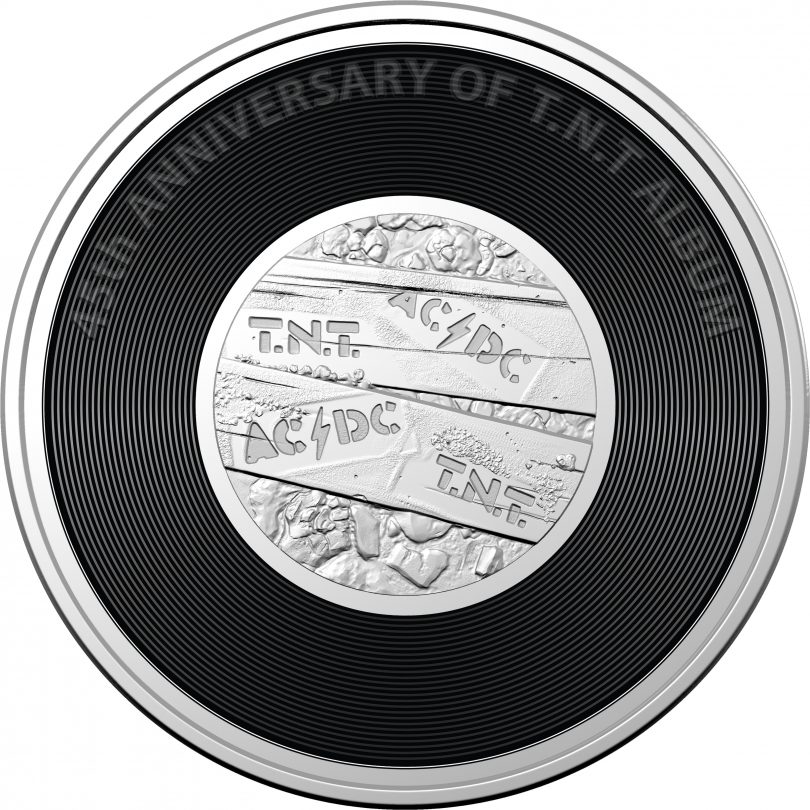 Power Up also features Angus Young’s nephew, Stevie Young, on rhythm guitar; bassist Cliff Williams, who had previously left the band but was brought back into the fold following the urgings of Angus; and drummer Phil Rudd, who pled guilty and was sentenced to eight months of home detention in New Zealand for threatening to kill someone and possession of methamphetamine and cannabis in 2015.

Each of the 12 songs on the new album feature guitar parts Malcolm Young recorded or worked on with Angus, and each track will be credited to both brothers.

“This record is pretty much a dedication to Malcolm, my brother,” Angus recently told Rolling Stone. “It’s a tribute to him like [1980 album] Back in Black was a tribute to Bon Scott.”

The tribute by the Royal Australian Mint marks 45 years since AC/DC released their debut album, High Voltage. The band’s second album, T.N.T, also clocks up its sapphire anniversary at the end of the year. Dirty Deeds Done Dirt Cheap will reach the milestone in 2021.

Royal Australian Mint CEO Ross MacDiarmid said the Mint is proud to be issuing coin tributes to the vinyl records that have electrified generations of music lovers.

“These coins will be highly sought after by rock’n’roll fans and gift buyers alike,” he said. The packaging for the seven-coin collection of AC/DC coins. Image: Supplied.

Fourteen fans who purchase any of the AC/DC coins from the Mint, or one of its authorised dealers or select music shops, will have the chance to win never-before-released production coin dies used to strike the AC/DC coin.

To be eligible to win a production die, people will need to visit the Royal Australian Mint Facebook page and post what the name of their AC/DC cover band would be and where they purchased the coin.

The 2021 $1 1oz silver-frosted uncirculated coin showcases songwriter and lead guitarist Angus Young in full flight while the other six coins are inspired by the cover artwork of some of the band’s most popular and iconic albums.

When the Mint last celebrated these Aussie hard rock legends, in 2018, a unique black nickel 50-cent coin shaped like a guitar pick sold out within 48 hours.

The latest coin offerings are available in a limited mintage of 30,000, retailing for $90-$110. Six of the coins within the AC/DC seven-coin collection will also be available for purchase individually at $15 each.

These coins are Australian legal tender and are sure to leave you thunderstruck.

The highly anticipated annual queue at the Royal Australian Mint to get the last coin of the year and the first...
Read More