The warmer weather is coming and so too are mice, according to the CSIRO, which says rodent numbers are a serious concern for this time of year. Photo: Supplied.

With the weather steadily warming to spring, moderate to high numbers of mice in NSW have triggered warnings about the potential onset of another mouse plague come springtime.

Researchers are saying the numbers they are already seeing this early in the state’s north, west and central west are a serious concern with lots of food, cover and moisture creating a highly favourable environment for another breeding cycle after the winter decline.

As the southern part of NSW enjoys longer spells of warmer weather, mice will rapidly emerge – especially as crops start to ripen. 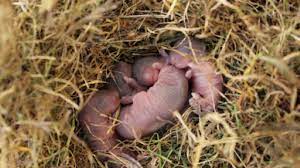 Numbers of mice in rural NSW may have died down in winter, but the spring weather provides ideal conditions for breeding to start again. Photo: Supplied.

The CSIRO is advising farmers in NSW to get out of the ute to monitor paddocks and bait cards because predictive modelling forecasts show a high risk of a mouse outbreak in spring.

Householders and property owners are being asked to control weeds and grasses along fence lines, mouse-proof houses, and consider applying bait around buildings.

NSW Farmers vice-president Xavier Martin said mouse activity is already on the increase in some areas, according to the latest update from the CSIRO and the Grains Research and Development Corporation (GRDC).

“The August update states that mouse numbers are moderate to high in parts of the central west and highly variable in northern NSW, with serious concerns about the impact on chickpea crops,” he said.

“I am starting to see increased activity on my own farm, and I am hearing the same from a lot of members.”

NSW Farmers is encouraging farmers to apply for the zinc phosphide bait rebate of up to $10,000 per farm business through the NSW Rural Assistance Authority website.

Applications are open until 17 December, 2021, and a claim can be made retrospectively for bait costs incurred back to January 2021. Crop damage from mice is already an issue in many farming areas throughout NSW. Photo: Supplied.

Mr Martin said NSW Farmers has advocated for government financial support since February 2021 and, along with the CWA of NSW, has pursued a shared responsibility in combatting the plague to date.

This resulted in $150 million worth of mouse plague support packages announced by the NSW Government.

The organisations have called on the reallocation of funds not used for the defunct bromadiolone baiting scheme to be put into the mouse bait rebate package.

“The mouse plague of 2021 is clearly not over, and farmers will need all the support they can get,” said Mr Martin.

The NSW Rural Assistance Authority is administering the rebate program.

For information about household and small business rebates, click here.