Respite Care for Queanbeyan has had almost $5000 in administrative and development application fees waived, contrary to the council’s usual principle.

The facility’s chairman Paul Walshe appeared at a recent Queanbeyan-Palerang Regional Council (QPRC) meeting and asked for the assistance as COVID had put pressure on his budget.

“Our building costs have gone through the roof, by over 30 per cent from when we originally costed the Respite Care facility,” he said.

“We’re confident we’ll be able to build it for the money that we have, but we need to be able to save as much money as we possibly can to make this [facility] happen.”

The project was initially costed at about $1.9 million but was now valued at about $2.2 million.

Further funding was also a Labor commitment during the recent Federal Election campaign.

Mr Walshe said he had been in discussions with local builders to reduce the cost of materials and labour.

“What I’m asking for now is the generosity of council to waive the DA (development application) fees,” he said.

Councillor Bryce Wilson backed the call, noting waiving the fees would be an unfunded expenditure for the council.

“I think it’s only a minor contribution from council to show our support for this much-needed facility,” he said.

Councillor John Preston agreed and said since both higher levels of government had shown their support, “it would be poor form for council not to support this.”

“It’s a fairly minor donation to this very worthy cause,” he said. 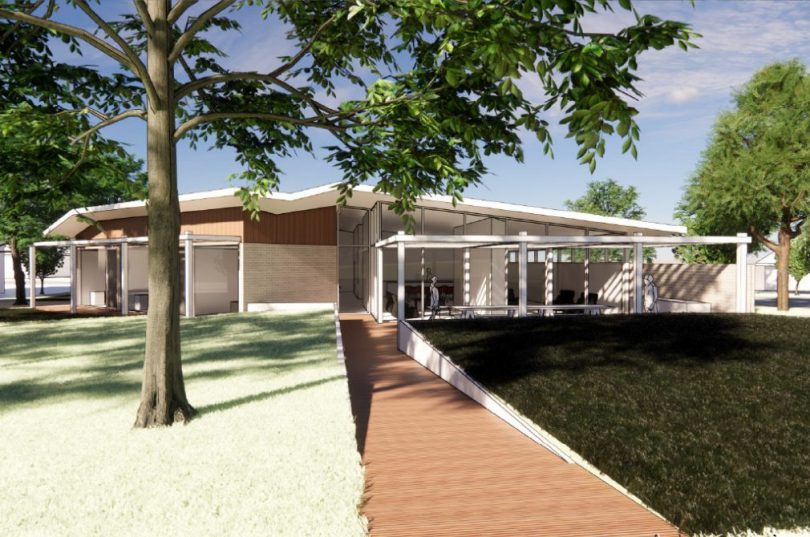 An impression of the proposed respite care facility in Queanbeyan. Photo: Respite Care for Queanbeyan.

However not all councillors agreed the fees should be waived, concerned it could set a precedent for other not-for-profit organisations to make similar requests.

Councillor Michele Biscotti said that while he was a “huge supporter” of the project from its inception, such requests from charities had been denied in the past.

“The grant funding that’s been received for the project should really incorporate the administrative costs as well,” he said.

“I know it is a minimal amount. However this is unplanned funding and council needs to be mindful of unplanned expenses going forward.”

“I will remind councillors we are not a charity, that we are facing serious financial pressures which inevitably will put serious pressures on ratepayers,” she said.

“We must start to be fiscally responsible.”

She also noted the facility would be exempt from paying council rates in the future due to its charitable status.

Cr Wilson rebuffed these arguments and said rising inflation could not have been predicted when the charity estimated its original costs.

“The idea that somehow they got some grants back in the day, so now it’s ‘too bad, so sad, you can just make that work’ is wrong,” he said.

“I know the organisation is under pressure to try and make costs work.”

In the end, the decision was passed in council after deputy mayor Esma Livermore used her casting vote as chair of the debate to get it over the line.

It also requested council assistance with a Plan First Levy and Plan First Admin Fee worth $1150.16. However, this amount is payable to the NSW Government, so that request would have to go to the appropriate state body.

A 30-year lease for land on Ross Road in Queanbeyan has been secured as the site for the facility. It would be a six-bed facility for people aged 18 to 60 who suffer from a terminal or chronic illness and would be an alternative to an aged care facility or nursing home.

A DA for the building was lodged on 31 March 2022 and was under assessment by the council.