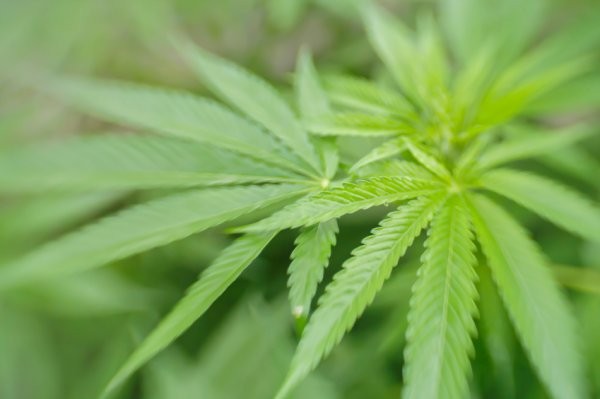 Under the bill, Canberrans possessing up to 50g of cannabis or growing four cannabis plants would no longer be committing a criminal offence.

ACT Labor MLA Michael Pettersson says his bill to legalise cannabis for personal use is gathering “overwhelming” support from the community, while a Canberra health expert believes the legalising of cannabis could have a positive effect.

Mr Pettersson will introduce a bill to legalise cannabis for personal use during the next sitting week which would mean Canberrans possessing up to 50g of cannabis or growing four cannabis plants would no longer be committing a criminal offence.

“I think our current drug laws don’t make a lot of sense. I think it’s time we take a long, hard look at whether or not our drug laws are having the effect we want them to have and if they’re not we should have the courage to change them.

“I think Canberra is ready for a sensible conversation about our cannabis laws.”

Mr Pettersson believes there is a lot of evidence that shows cannabis is actually safer than more socially-accepted drugs such as alcohol and tobacco.

Mr Pettersson believes his proposed bill does not affect Federal drug trafficking laws and will not create a marketplace for growing and cultivating large quantities of cannabis for commercial sale. He said the model is a step forward from decriminalisation that is currently in place in the ACT.

The possession of under 25 grams of cannabis for recreational use has been decriminalised in the ACT since 1992 through the Simple Cannabis Offence Notice (SCON) scheme and the limit was later increased to 50 grams.

Dr David Caldicott, the clinical lead at the ANU’s Australian Medicinal Cannabis Observatory, said a regulated market of cannabis could limit availability to underage consumers and could undermine the illicit drug market in the ACT.

Dr Caldicott said the legalising of cannabis could have a flow-on effect into the illicit drug market and organised crime. He said there is no proof that a regulated market would lead to more consumption of cannabis.

“From a public health perspective, there are merits to an argument of a regulated market. It is likely to be met by howls of abuse from more conservative commentators who probably don’t understand the policy implications,” he said.

“The likelihood is that overall it will reduce the harm from drugs. Very few people would argue that increased availability of cannabis would make the city a healthier environment but it is entirely possible that regulating the environment will make cannabis less available.

“If it is good, responsible and forcible legislation, then it might be beneficial to the local population.”

Dr Caldicott said legalising cannabis would keep young people out of the criminal justice system for behaviour the community believes should not be punished so severely.

“Whatever reduces the numbers of foolish young people, who are notorious for making poor lifestyle choices, from destroying their entire lives for what is essentially a trivial crime is a good thing,” he said.

“I think that the most important thing to come out of this a fairly sophisticated conversation that needs to be had.”

Do you think the personal use of cannabis should be legalised? Let us know your thoughts or concerns in the comments below.

Possession of small amounts of cannabis now legalised in the ACT

In a development described as "an evolution, not a revolution", possessing and growing small amounts of cannabis for personal use...
Read More

Cannabis legal in the ACT, but Commonwealth status still in limbo

In an Australian first, Canberrans can now possess and cultivate cannabis for personal use, as legislation came into effect in...
Read More

A painful reality: Why Canberrans are the second biggest opioid consumers in Australia

Canberrans' use of pharmaceutical opioids fentanyl and oxycodone is the second highest in the nation, according to a new report into...
Read More

Editors note: This week has seen renewed discussion about access to cannabis oil for the treatment of chronic health conditions. Two...
Read More