Canberra comes to the rescue for Braidwood’s water supply 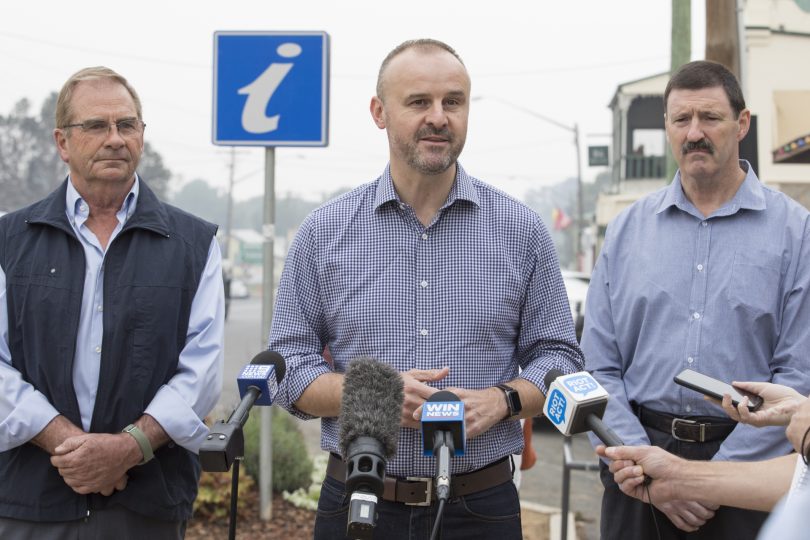 Following a request from Queanbeyan-Palerang Regional Council (QPRC), the ACT Government and Icon Water will provide temporary water relief after the town’s water supply all but dried-up following bushfires in the region.

The initial supplies of water to Braidwood will come from Bungendore and then Queanbeyan under a bulk water agreement with the ACT. QPRC Mayor Tim Overall said the first deliveries will occur in “the next couple of weeks”.

Between 250 and 300kL of water per day will be trucked from Canberra’s Cotter and Googong dams for up to six months as QPRC and the NSW Government develop longer-term solutions to the shortage. The NSW Government will also assist with the cost of trucking the water.

A convoy of water carriers is set to rescue the dire situation in Braidwood, where residents are on Stage Four restrictions. Andrew Barr ACT Chief Minister, Queanbeyan Palerang mayor Tim Overall, Member for Eden Monaro Mike Kelly MP and Icon Water head Ray Hezkial were all in town today, and say that the community has been kicked in the guts this summer.

After the Shoalhaven River stopped flowing, water has been pumped to an off-river reservoir, which has a 72-megalitre capacity and is currently at about 80 per cent capacity. During the North Black Range fire, the pump was damaged and repaired. However, the reservoir has dropped significantly and the town has been using water more quickly than the Council can pump it from the river.

“A decade ago, a very smart decision to expand Canberra’s dams was controversial at the time. Today, it is an example of just how right that decision was,” Mr Barr said.

When the Kings Highway re-opened at short notice this week, military vehicles, trucks laden with hay and tourists laden with holiday accessories also began flowing through the main street of Braidwood.

Federal Member for Eden-Monaro Mike Kelly said the region still has a massive job ahead to recover from the bushfires.

“It’s going to take years, no matter how much rain we have or changes in conditions of the fires at the moment,” Mr Kelly said.

“This is going to be a long-term challenge, as this region has been kicked in the guts right across every aspect of industry and economic activity.”

Water will be sourced on a commercial basis from Queanbeyan’s reticulation network and managed under the existing water supply arrangements between Icon Water and QPRC.

While there had been higher than average water consumption by Canberrans during the summer months, Icon Water’s Ray Hezkial said both the ACT Government and Icon Water were keeping a close watch on the ACT’s water security. 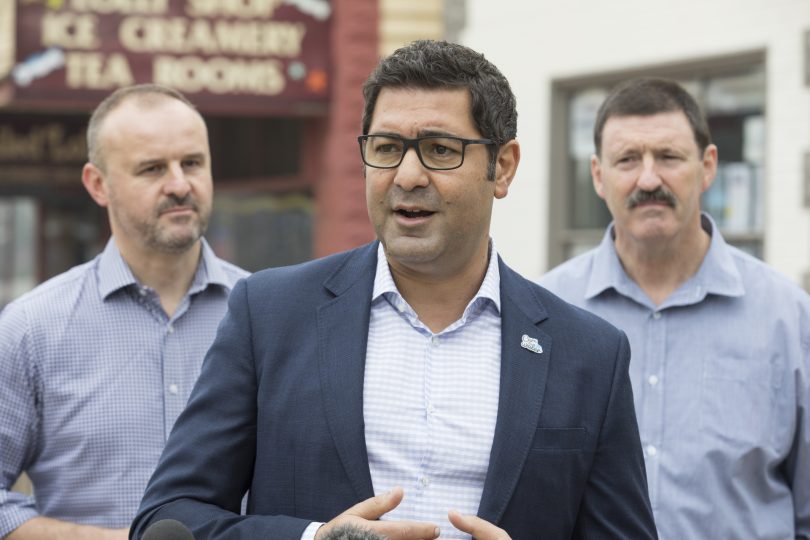 “Major investments in our water storage capacity mean we do not require water restrictions yet,” Mr Hezkial said. “However, we are seeing increased consumption patterns, particularly on days of record temperatures, and we are closely monitoring this along with our dam levels and predicted weather patterns.”

“Should this continue, we will not hesitate to implement water restrictions if and when they are needed.”

Mr Hezkial said that if Canberra’s water supply were to become contaminated by run-off from the bushfires, water could still be drawn from different levels of the dams.

“We’ve certainly learnt our lesson from the 2003 bushfires when we had a lot of burnt-out logs and trees wash into the actual catchments and block the water supply,” Mr Hezkial said.

Water quality is also monitored at all stages before it comes out of the taps.

QPRC Mayor Tim Overall said he is asking the people of Braidwood to continue their judicious use of water for the time being, while the Council works to maintain essential recreational facilities.

“It’s difficult times and the target for water use of 280 kL per day needs to be met,” he said.

The ACT’s permanent water conservation measures have been in place since 2010 and are similar to level one water restrictions in other jurisdictions. Further information about these measures are on the ACT Government website.

The Canberra Symphony Orchestra will return to Queanbeyan this weekend for its annual Music by the River concert, a free...
Read More