Calling all candidates – another Election Day is coming 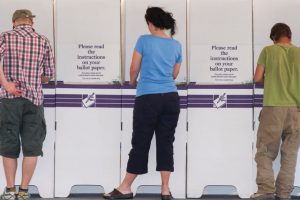 The face of Local Government across regional towns in NSW will be decided this September. Although communities going through a council merger process will have to wait until September 2017.

The ballot is a chance to shape your local Council for the next four years, with extra work and support being put in place to encourage a diverse mix of candidates for voters to consider.

Bega Valley Shire Council, General Manager, Leanne Barnes says having a mix of backgrounds, skills and experience in the Council Chamber is important for informing Council processes and priorities.

“It’s in the communities’ interest that voters have a wide variety of candidates to choose from come September 10,” she says.

“I’d encourage anyone keen to serve to step forward, it’s a big decision but Council and the NSW Electoral Commission are putting measures in place to support candidates in the lead up to Polling Day.”

Prospective candidates have until noon on August 10 to nominate.

People interested in throwing their hat into the ring are being invited to information sessions, the first of which was Monday night in Moruya.

Around 30 people came along to Eurobodalla Shire HQ to get a sense of what’s involved in being a Councillor. 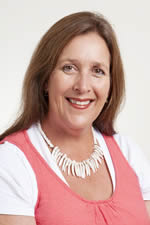 Cr Brice isn’t standing for re-election but hasn’t ruled out nominating again in the future.

“I’ve put my heart and soul into the last four years and I am very proud to have represented this community,” Cr Brice says.

Cr Brice is one of three women around the nine seat Eurobodalla Council table, replacing an all male chamber in 2012.

She believes the different perspectives of Cr Liz Innes, Cr Gabi Harding and herself have added depth to Council’s thinking.

“And being able to draw on a range of life experiences and knowledge has really helped me make the tough decisions needed sometimes,” Cr Brice says.

One of the challenges of being a Councillor is the scrutiny that comes with the decisions you make.

“You need to have confidence in the information you have when making decisions.”

Cr Brice says speaking with the community has often been a great addition to the professional and expert advice she receives as a Councilor.

She says the recent decision around dispersal of the Batemans Bay Fly-Fox Camp was particularly difficult.

“We had two expert reports warning against dispersal, but a community crying out for help,” she says.

“In the end I put myself in peoples shoes, that approach has served me well.”

It’s natural for those considering being a candidate to feel overwhelmed by the work of Council and the decisions they might face. “It’s important for candidates to know that if they are elected, support structures are in place to help with the learning and work that will follow as a Councillor,” Leanne Barnes says.

“In the first instance it’s key that the community has a wide variety of candidates to choose from,” she says.

The candidate info night for Bega Valley Shire will be held on July 27.

“The session will outline the induction and training process for new Councillors,” Ms Barnes says.

“I was laying awake at night thinking – what have I done?” she laughs.

“But that was only for a short time.”

“It has been a huge but amazing learning curve,” Cr Brice says.

The best way to learn is to get involved and make the most of the internal and external education available, according to Cr Brice.

The Tuross based mum came to Council after the death of her two young adult sons in separate accidents in 2008 and 2011.

Eighteen year old Chris Brice was hit by a car and killed while walking to a party with friends along Moruya’s South Head Road in 2008.

At the time Cr Brice told the Bay Post, “Chris had a lift to the party that night but the girls didn’t, he did the gentlemanly thing and walked with them.”

Cr Brice hadn’t been a public figure in any way until that point. But she was determined to see the long talked about safe pathway built on the narrow road in memory of her son.

“My brother said, if you want to make a difference, run for Council,” she remembers.

“The drive was my two sons and the connection and affection they had shown for family and friends and the community, through organisations like the RFS, SES, Surf Live Saving and St John’s.”

Cr Brice says she came to the job with no experience, just a desire to serve the needs of the community.

And she believes that’s a good starting point for anyone considering standing for election in 9 weeks time.

“It’s been a great honour to serve as a Councillor, I’ve learnt so much,” Cr Brice says.

“It has made me look at the world differently.”

“And I’ve been able to spot issues before they become problems and do something, it’s very satisfying to be in that position,” Cr Brice says.

The Bega Valley candidate information evening will be held at the new Bega Valley Commemorative Civic Centre on Wednesday July 27 from 6.00pm to 7.30pm.

“I’d really encourage people to give it a go, there is so much information and support,” Cr Brice says.

“You don’t need to be a political animal, just be true to yourself.”

For further information about the nomination and election process, which will be conducted by the NSW Electoral Commission, call 1300 088 942 or go to www.votensw.info

When it comes to the Moruya – South Head Pathway, Cr Brice says, “There is still a missing link between Keightley Street and The Anchorage, along South Head Road.

“We need to continue this safe off road shared pathway to protect our vulnerable road users – pedestrians and cyclists.

“The Moruya – South Head Cycle/Pathway volunteers and myself will continue to work hard to make the completion of this project come to fruition.

“The story is not over yet,” she says.

Danielle Brice is planning to write a book about her families experience and the lessons learnt along the way.

She is hoping to take what she has learnt as a Councillor into the area of emergency management and communications.

#Author is part time media man for Bega Valley Shire Council and will act as facilitator at the July 27 candidate info session.