No BAL needed for the bush around Tathra to start rebuilding. Photo: Wendy Elliot #TathraStrong Facebook.

This week marks four months since that hellish afternoon that has left the people and landscape of Reedy Swamp, Vimy Ridge, and Tathra scarred.

This week also brings significant progress for the new lives many are hoping to rebuild on the land scorched by those flames.

The owners of the 65 homes destroyed are starting to receive written reports confirming their BAL – Bushfire Attack Level. For many its the last box that needs to be ticked before they can submit a Development Application to rebuild.

It’s news that influences the design, construction, and cost of new homes. The higher the BAL, the more protection a home needs.

“It will enable a lot of us to move forward,” says Stig Virtanen from Dilkera Road.

The BAL process started soon after the flames of March 18 were quenched with Bega Valley Shire Council and the Rural Fire Service committing to a BAL-40 rating for as many homes as possible in order for a more feasible rebuilding process.

A memorandum of understanding between landholders such as NSW Crown Lands, the Bega Local Aboriginal Land Council, and Bega Valley Shire Council has been key to securing BAL-40 ratings rather than the higher rating of BAL-FZ (Flame Zone).

The necessary Asset Protection Zone (APZ) or cleared land around a dwelling has now been clearly mapped with each agency committing to maintaining and managing the APZ’s under their control.

Private landholders carry that responsibility within the boundary of their property.

While most properties have been told to expect a rating of BAL-40 or below, in many respects the news is by no means a sigh of relief.

The Rural Fire Service says a BAL-40 property is at an increased risk of attack from burning debris, and significant radiant heat and has the potential for flame contact.

“Buildings must be designed and constructed in a manner that can withstand the extreme heat and potential flame contact,” the RFS website advises.

With Development Applications now set to follow, Bega Valley Shire Council has committed to turning those DA’s around in 10 days.

Shire General Manager, Leanne Barnes is advising people to engage with Council before lodging a DA, “Come in, see the team or give them a call, they are more than happy to walk you through those processes and make sure you have the correct information,” she says.

The release of BAL ratings comes just a week after the review conducted by former Australian Federal Police boss, Mick Keelty was made public.

The 26-page report considered the adequacy of the firefighting effort on March 18 and has largely been welcomed by those impacted.

“A review such as the one just completed is appropriate after a disaster like the Tathra fire,” says Stig Virtanen and Carla Gray who lost their house on Dilkera Road.

“The review should be looked on as a tool for learning and improving responses to future incidents. Unfortunately, the science is telling us that the frequency of bush-fires is going to increase. So whatever is learned from the last fire will help all of us in the future.”

Mr Virtanen and Ms Gray were pleased that Mr Keelty found that the initial RFS decision to refuse offers of assistance from Fire and Rescue NSW had no impact on the outcome.

“The crews on the ground did all they could and saved much of Tathra and surrounds. For that we are all grateful,” both say. 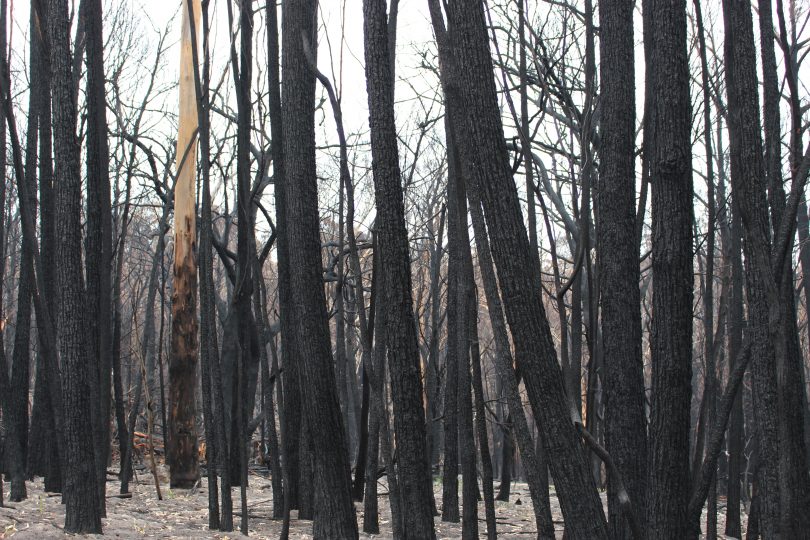 The 26-page Keelty report considered the adequacy of the firefighting effort on March 18 and has largely been welcomed by those impacted. Photo: Ian Campbell

Another resident whose home was destroyed, but wishes to remain anonymous agrees but asks – what if?

“The fact that the Duty Office was based in Moruya, the officer probably had no knowledge of the local terrain – for instance, although Vimy Ridge Road and Reedy Swamp Road are unsealed pavements they are regularly maintained and accessible by town fire trucks,” she says.

“An officer from this Shire would know that. It may not have changed the outcome if assistance was accepted earlier from town brigades but we will never know for sure.”

John and Jan Harris from Vimy Ridge lost their home in the early stages of the fire. Mr Harris says he struggles with the bureaucratic nature of most government reports but hopes Mr Keelty’s review fosters some new thinking.

Mr Harris would like to see the cultural problems identified addressed in order to properly consider the merger of the two firefighting services.

“I was surprised to see the idea of a merged service discounted so easily, that stuck out to me as something that deserved more consideration,” Mr Harris says.

Having called Triple 0 to report the fire, Mr Harris says he had no sense of the tensions Mr Keelty points to in the call and dispatch system.

Given the conditions on March 18, Mr Harris can’t see how any of the Mr Keelty’s 12 recommendations would have changed the outcome for his family.

He is very grateful for the work of firefighters on the day and since, and hopes Mr Keelty’s report sees them better resourced and informed in the future.

“I paid particular attention to the aviation assets, why did it take so long for the helicopters to get here?” he says.

“The explanation from Keelty was that it was late in the fire season and that a lot of the aviation support had moved to the northern hemisphere for their fire season.

“If our fire season is going to be longer, perhaps that’s no longer a wise move.” 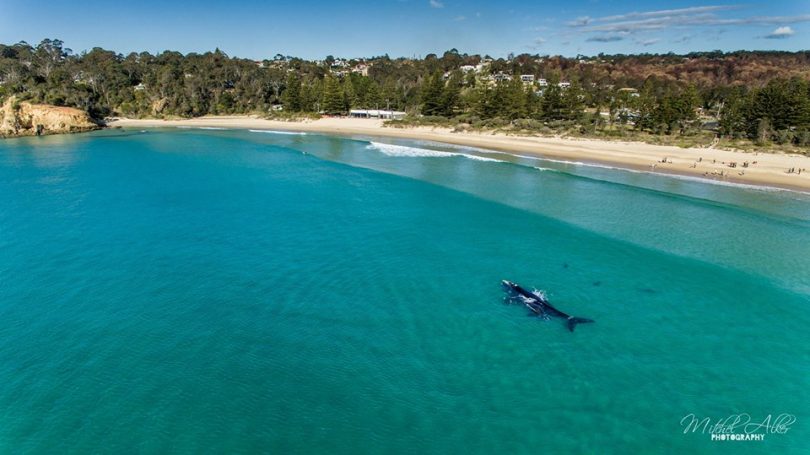 Jani Klotz and her daughters lost their home on Ocean View Terrace, Ms Klotz says “it’s fantastic” that the BAL ratings are now coming out, “we can now start to move on because it has held some of us back.”

“It’s also really good to see the Keelty report come out and that the government is supporting some of those key recommendations,” she says.

“That will heal some of the wounds that were created at the time of the fire.”

Making sure other communities benefit from their frightening experience has been the common thread in all the commentary offered by residents after reviewing the Keelty report.

Many were disappointed to see mention of unresolved recommendations out of the 1994 inquiry into the Blue Mountains bushfires.

“Hopefully this is not just another review to be filed away with no positive outcomes,” a resident of Wildlife Drive told me.

The other common feeling is that the Keelty review wasn’t so much about what happened in the Bega Valley on March 18 but more so an opportunity to raise and address systemic issues across the state in relation to cooperation between the Rural Fire Service and Fire and Rescue NSW.

If those issues are addressed than doing it in the name of Tathra and surrounds seems like some sort of justice.

With BAL’s and Mick Keelty’s work now published the outstanding paperwork is the coronial inquest into the emergency.

That investigation appears ongoing with no sense of when it will be completed, a government spokesperson says it could take up to 18 months.

Of particular interest are the coroner’s insights into the cause of the fire, which to date has been blamed on electricity infrastructure in the Reedy Swamp area and the impact poor telecommunications might have had on the community and firefighters. As the first anniversary of the Reedy Swamp, Vimy Ridge, and Tathra Bushfire draws near people are being invited to record...
Read More