Are we about to witness our third La Niña season in a row? 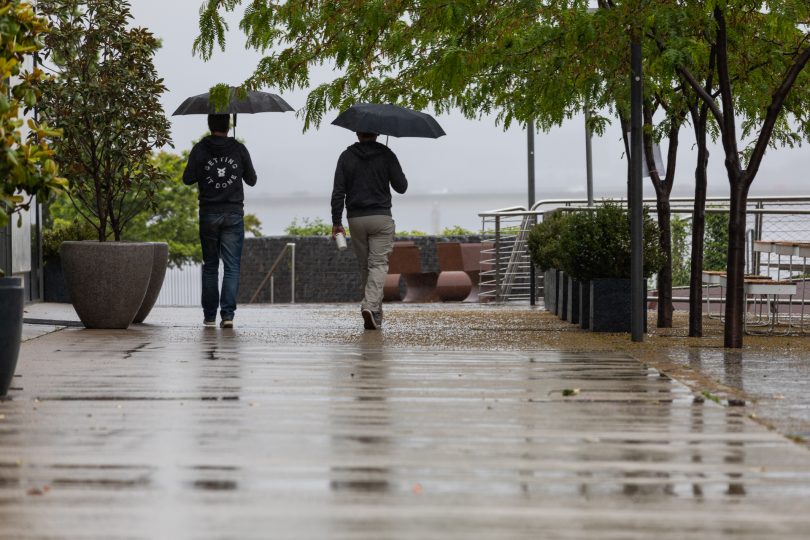 While past its peak, La Niña is likely to continue deep into autumn with stronger than average trade winds in the western Pacific.

With the climate driver lingering, there is now potential that it could reach the winter months and even beyond to make it the third successive La Niña season. According to the Vice-Chair for the Intergovernmental Panel on Climate Change and Director of the Institute for Climate, Energy and Disaster Solutions at the ANU, Professor Mark Howden, several possible outcomes exist.

“The cold water is still sitting around the end of the Pacific and the model remains unclear as to what’s going to happen past autumn,” Dr Howden said.

“Normally, in a common El Niño or La Niña event, things tend to peter out in the middle of autumn and you’ll see things revert back to relatively normal temperature gradients across the Pacific.

“Within the last month, what we’ve seen is to some extent a rebuilding of some of the cold water in the Pacific and that’s resulted in instead of the fading of La Niña, it has been allowed to persist.”

Dr Howden added that this rebuilding of cold water in the Pacific could lead to an “unusual” phenomenon.

“If we went into a third La Niña, I think that would be the first time we’d actually get a back to back to back,” he said.

While there isn’t an understanding of the causes or effects that could trigger the El Niño or La Niña, once they begin to form, climatologists can understand how they keep going and what the consequences of that formation could be. Most of the models indicate La Niña’s influence fading soon. In contrast, others suggest a persistence heading towards the start of July, which could lead to a wetter and warmer winter than usual.

Dr Howden says that while none of the models predict a third La Niña in a row, that doesn’t mean it can’t happen.

“Normally, it’s all done and dusted by autumn, and we’re in autumn now and that’s why it’s unusual and it would be highly unusual for the influence to persist through to August, but we are in unusual times,” Dr Howden said.

“The climate is changing and that’s why it would be wrong to think that La Niña and the ENSO system [El Niño–Southern Oscillation] may not be influenced.”

While the Bureau of Meteorology predicts a return to standard climate drivers, Dr Howden said that there were indicators suggesting this may not be the case.

“One of those things that I do note is that within recent times, we’ve seen a bit of a warm tongue of water starting to move out from the top end of South America,” he said.

“That warm tongue is actually what you would expect to see during El Niño.

“But we’ve still got this huge pool of cold water sitting in the middle of the Pacific, so as for what happens, it’s still hard to tell.”

Across the Capital Region, from the ACT to the South Coast, the maximum temperatures will stay in the mid-to-high 20s on Wednesday before dropping to the low 20s for the remainder of the week.

In the Riverina and the surrounding region, temperatures will remain in the high 20s all week.

Floods and fast-moving grass fires fanned by strong winds and longer heatwaves in the ACT and southern NSW are the...
Read More

A full Lake George is an exceptional sight. Following heavy rainfall throughout 2021, the lake, which is situated 40km northeast...
Read More