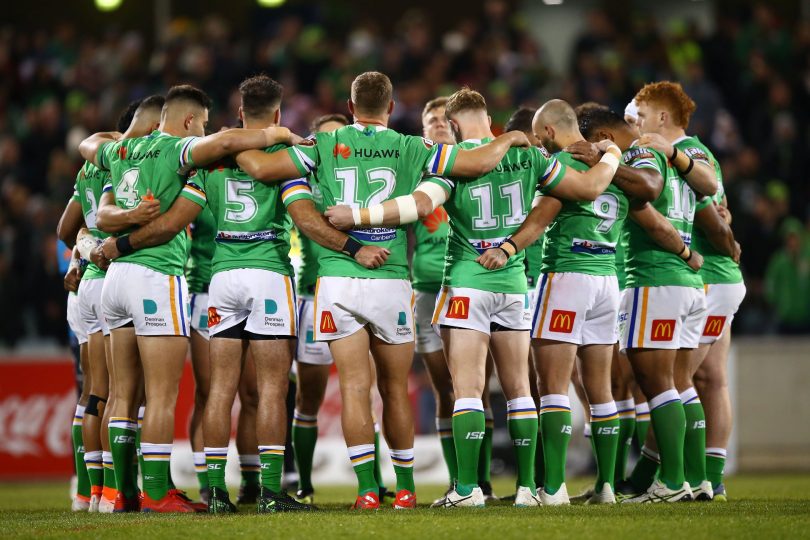 The Canberra Raiders and GWS Giants have more in common than the will to win. Photo: Supplied.

When the Canberra Raiders made their debut in the NSWRL in 1982, few could have imagined that the side which finished with the wooden spoon in that first year would go on to win the premiership in their eighth season.

The Greater Western Sydney Giants, with their well-documented connection to Canberra, also finished with the wooden spoon in their debut year in the AFL in 2012. They are now in the last throes of preparation for a tilt at the premiership in their eighth season.

The similarities don’t end there.

Both clubs encountered hurdles when pursuing entry to their respective leagues: the NSWRL and the AFL.

The Raiders faced significant opposition from a number of Sydney-based clubs, some using the potential of fog at Canberra Airport as one of the reasons why a team shouldn’t be located in this region. Thankfully forward-thinking minds prevailed.

From the moment GWS was established, they have endured plenty from high-profile figures associated with Melbourne-based clubs, including suggestions the team is an artificial club created by an AFL hell-bent on expansion at the expense of existing clubs.

The loudest voice, the biggest heart!

Other clubs were upset over the prospect of losing players to the Giants under draft concessions.

The barbs about fabricated team culture have been addressed in the wake of the victory over Collingwood, but it’s doubtful the obvious demonstrations of the spirit within the playing group will alter the mindset of those who still believe in a Victoria-only league.

One thing is for certain, the culture displayed by GWS in beating the Pies has similarities to the spirit shown by the Raiders in their victory over the Melbourne Storm.

Like the Raiders under Ricky Stuart with his ‘community first’ mantra, GWS and coach Leon Cameron have spent plenty of time working with the underprivileged migrant sector in Western Sydney. Both sides are now harnessing greater support.

If the Raiders beat Souths on Friday night, and GWS upsets Richmond in the AFL decider the following day, it would cap off the most remarkable sporting year for clubs associated with the ACT and Canberra sporting teams.