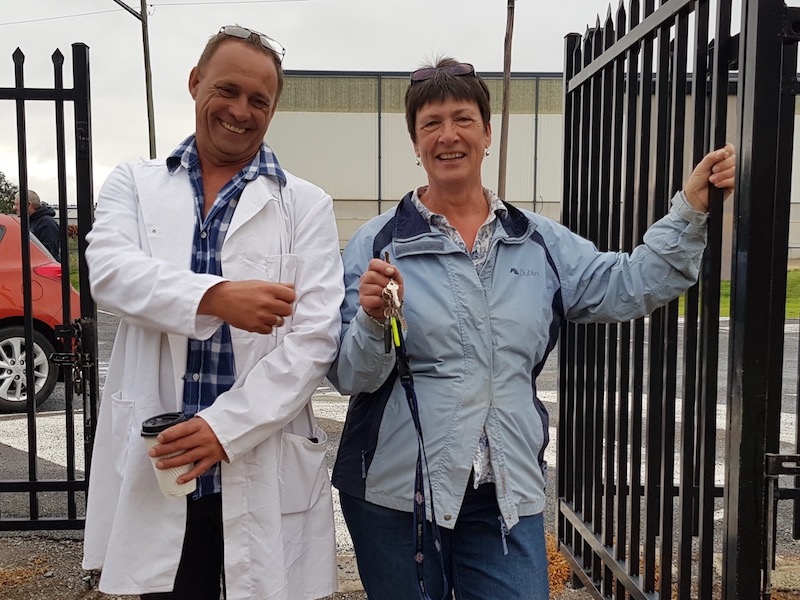 The wooden saleyards on Goulburn’s southern edge are long closed. New rural subdivisions are replacing livestock grazing in the paddocks. A long, winding ribbon of homes on either side of the Hume Highway, stretching from Sydney and the Southern Highlands, is creeping closer to Goulburn. Yet, as urbanism spreads, the Goulburn Agricultural, Pastoral and Horticultural Society (AP&H) celebrates and maintains the historic city’s agricultural roots.

“I love doing it,” she says. “I am probably one of the youngest in our association. I’m lucky I have the time. I have a part-time job and an understanding family who think I’m completely mad but I live for the Goulburn Show. I love agriculture; I want to keep it going.

“Goulburn is getting very urbanised. All these farms out of town are starting to sub-divide so keeping the tradition of an agricultural show going is my thing.”

While the next Goulburn Show is not until the weekend of 7-8 March, 2021, Jacki and her executive team beaver away quietly until autumn when overseas helpers from International Volunteers for Peace arrive to assist at the annual event.

“They pay their own airfare and we provide accommodation, meals through the day, we take them on a bus to Canberra for a day, with welcome and farewell luncheons,” says Jacki. “We get an insight into their culture. Most are from Asian countries. Last year, we had volunteers from Russia, Germany and Italy. Sometimes language can be a bit of a challenge, but most are young, enthusiastic and keen.”

Goulburn AP&H treasurer Nestor Ellinopoullos says fresh entertainment is key to bringing 7000 people through the show’s gates, and it is the most expensive of all their running costs.

Visiting schools and handing out free tickets to preschoolers through to older students is another strategy to get children and their parents through the gates.

“That middle gap – 18-year-olds to 30-year-olds – have to be involved somehow,” says Nestor. “The only way to do that is through these attractions.” Historically, the only show entertainment was in tents, including boxing. Travelling showman Roy Bell and his boxers were household names. His sons, Elwyn and Arnold, now aged in their 80s, told Goulburn historians Lyn Brown and Heather West they loved coming to the historic city because they could fish from the Mulwaree River and shoot rabbits for tea along the river banks.

Lyn and Heather are writing a history of Goulburn Show following a request from Jacki who became worried that when volunteers passed away, much of their history with the show disappeared.

“I want to get their stories before they go,” says Jacki.

So far, Lyn and Heather have gathered remarkable recollections of presidents’ wives who were expected to prepare an annual dinner for 200 society members and guests. They discovered a volunteer, Tina Milson, who once gave birth to twins on the Thursday before a show and still turned up for work on the weekend.

Trish McLaughlin, who shares the Goulburn AP&H secretary’s job with Robyn Picker, says a new theme each year promotes ever-changing exhibits. This year’s theme was “country vision”. One year, when the theme was “sometimes wet and sometimes dry”, the junior art creativity was amazing.

“The entries would be popsicle sticks,” says Trish. “They would have farm barns and things like that; half the barn was deliberately burnt because we had been through bushfires and droughts.”

As each show draws near, more volunteers head to the Goulburn Recreation Area.

“Even if the older ones can no longer get up and down ladders or set up tables and chairs, they can still pass on their knowledge to the younger ones helping,” says Jacki. “Trinity College arrives one day, then Mulwaree High, then Goulburn High, then on Thursday and Friday, 40 Corrective Services people from the jail erect tents and do the heavier work.

“Then 20 regular volunteers turn up every day. Five to 10 people in the office taking entries; in the poultry shed, another handful; then another group setting up livestock yards. Wednesday is the cut-off for entries; stewards start setting up; there could be 100 people around the grounds each day.”

Volunteers do a remarkable job running the licensed Goulburn Club, one of the city's earliest buildings and a present-day hub...
Read More