The EPA said FCNSW did not mark the boundary of an environmentally sensitive area in the Far South Coast (not pictured), potentially impacting an eastern horseshoe bat habitat. Photo: iStock.

The Forestry Corporation of NSW (FCNSW) has been slapped with a hefty fine for breaches relating to potential bat habitat in the Far South Coast.

The NSW Environment Protection Authority (EPA) said mapping errors in Dampier State Forest near Bodalla translated to a $230,000 fine for the Corporation after it was convicted in the Land and Environment Court for breaching its approval and carrying out unlawful forestry activities in an exclusion zone.

The EPA said FCNSW did not mark the boundary of an environmentally sensitive area, a potential bat roost for the eastern horseshoe bat, during logging in May 2019.

The Corporation has been ordered to pay $45,000 of its total penalty to the Australasian Bat Society to research the impacts of wildfire on a key roost in the area.

It must also pay the EPA’s investigation costs of $8000. 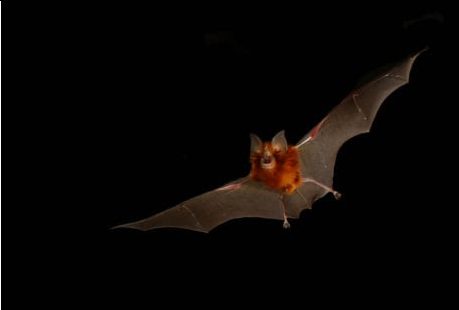 “While the eastern horseshoe bat is not threatened, the population is thought to have declined over the past few decades in parts of NSW. It’s important they have roosts and areas to forage.

“These activities by FCNSW had the potential to cause harm to any eastern horseshoe bats roosting in the area and the EPA will continue to enforce the law when breaches are found.”

A spokesperson for the Forestry Corporation said the corporation regretted it made an error during the operations in the state forest and had removed trees from an area that should have been protected around a disused mine shaft.

“At the time of the incident, electronic mapping was newly introduced and the mine shaft was not marked using the same method as the two nearby mine shaft exclusion zones,” the spokesperson said.

“Our contractor immediately reported the incident and we reviewed our processes.

“The mine shaft was not damaged, but systems have been improved to prevent a similar incident occurring in future.”

The spokesperson said all staff and contractors now used a single electronic mapping system during their operations, which provided complete and consistent information to operators.

Earlier this year, the Forestry Corporation was fined $45,000 for felling habitat trees in Mogo State Forest.

It is also alleged that between March and July 2020, contractors for the Corporation cut down 53 trees in “unburned” and “partially burned” environmentally-significant areas of the Yambulla State Forest near Eden.

Most recently, the Corporation has also been handed the heaviest fine possible for allegedly breaching a post-bushfire condition in South Brooman State Forest near Batemans Bay.

The Eurobodalla Shire Council has recently been engaged with Forestry and other groups to better understand the operations and impacts of Forestry. This included the economic cost benefit and environmental impact. The multiple fines suggest a systems issue and is of obvious concern. As the old expression goes, more than two data points is a trend. These fines need to be included into the wider discussion about the future of forestry in native forests in our region. The community is clearly voicing its concerns about the multiple breaches. This matter will come back before Council for future input and discussion.

Forestry Corporation of NSW (FCNSW) has proposed the installation of wind farms on several plantations around the state, which could...
Read More