Join the forum on July 26, everyone is welcome

An open forum later this month is looking to find a local perspective and relevance around ‘Feminism in the 21st Century’.

It’s a topic that I instinctively pull away from but strangely am drawn to at the same time.

The women who lead these discussions continue to throw up modern experiences I struggle to identify with but none the less are experiences that I accept and am keen to understand.

This inaugural forum has been organised by the Bega Valley based ‘Mnemosyne: South Coast Women’s Journal‘

“At Mnemosyne, we have had many discussions about the term – feminism,” organiser Jodie Stewart explains.

“We have all had difficulties defining who we are in relation to a movement that has produced so many definitions of womanhood. We continue to search, to probe and to speculate.”

Perhaps I am not alone in the push and pull of Feminism?

Mnemosyne was the Greek goddess of memory and mother of the Muses, who were the goddesses of inspiration in literature, science and the arts. The story of Mnemosyne and her Muses centres on the skill and storytelling of oral cultures and the power of memory.

Locally a group of woman has taken inspiration from the Greek goddess and used her name to form a writing and discussion group, known as the ‘Mnemosyne: South Coast Women’s Journal‘

Those behind Mnemosyne the group/journal describe themselves as, “A feminist collective made up of PhD candidates, undergraduate students, creative writers, poets, musicians, filmmakers, historians, and librarians.” “Our aim is to help raise the voices of women on the South Coast of New South Wales and to amplify them through the publication of the Mnemosyne: South Coast Women’s Journal,” the group’s website says.

To date, their writings have lived in the digital world, but the group is working towards a print edition of their ‘muses’.

Member, Noe Lumby says, “Our journal will reveal the stories, opinions, research and creative work of all south coast women.”

For any men still reading this, you are invited and welcome to Mnemosyne’s July 26 forum in Bega.

“Mnemosyne hopes to foster a chorus of voices and men’s voices are an important part of this discussion,” Ms Stewart says.

“We have invited a young local man to be a part of our panel, Tas Fitzer, who stood as a candidate in last year’s local government elections.

“A range of experiences and insights are an important part of an open forum on contemporary feminism. All are welcome and we encourage everyone to come along,” Ms Stewart says.

Other panelists include Dr Annie Werner, Indigo Walker, and Lorna Findlay, with the discussion chaired by Ms Stewart, who is a PhD candidate and tutor at the University of Wollongong (UOW), Bega.

Dr Annie Werner is head tutor in the Faculty of Arts at the Bega campus of UOW. Her current research addresses the sexual and social challenges of living in a non-reconstructed post-breast-cancer body.

Indigo Walker is the founder of local business Topsy-turvy Intimates which makes underwear out of recycled materials. Indigo also represents the new generation of feminists and women’s social justice advocates.

Lorna Findlay is a feminist historian who studied law in Melbourne in the 1980s and then worked in the field of domestic violence.

Lorna’s research interest lies in the development of second and third wave feminism. She hopes to investigate the similarities and shared beliefs that remain and whether feminism has lost its political voice.

In speaking to About Regional, the forum’s chair is expecting some interesting discussion influenced by the forum’s rural setting.

“Like the rest of the country, there is still much work to be done here in South East NSW,” Ms Stewart says.

“At a practical level we need more women in leadership positions in our community and more women making decisions that affect other women.

“Only 7% of general managers and CEO’s in our area are women. According to the Bega Valley Shire’s ‘Social Issues Paper’.

“This has a significant impact on social justice outcomes for women in our community.”

The panel ready to talk feminism on July 26 at UOW Bega.

While acknowledging the influence a female Mayor and a female General Manager of Council will have in the Bega Valley, Ms Stewart believes challenges still exist.

“It’s an important step forward and an important part of social and cultural change, but there remains a significant barrier in terms of social attitudes and pervasive gendered expectations,” Ms Stewart explains.

“Women are still funneled disproportionally into ‘caring roles’ both inside and outside of the workforce because these roles are still seen as inherently female,” she says.

Sexism and the equality issues that forged the feminist movement decades ago are still relevant now in the Bega Valley according to Ms Stewart.

“Sexism is the elephant in the room,” she believes.

“Sexism is institutionalised and is part of the everyday experience of being a woman, compounded when you are Indigenous, a woman of colour, if you are part of the LGBTQI community or a woman with a disability.

“In our community, it is still advantageous to be a white male,” Ms Stewart.

There is much of what Jodie Stewart talks about that I don’t understand or can relate to, I am one of those white males after all which no doubt blinds my judgment.

There is clear evidence though from those walking in different shoes that something needs to change, which gets my attention and opens my mind.

The ‘Feminism in the 21st Century’ Forum is on Wednesday, July 26 at the University of Wollongong, Bega from 5pm-7pm – a local opportunity to be part of a bigger discussion that is being led at a national and international level by writers and commentators like Clementine Ford and Jane Caro. 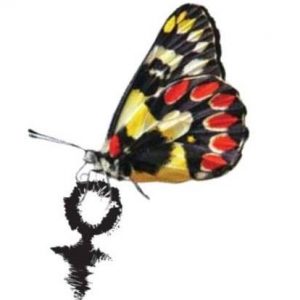 Light refreshments will be provided and entry is by gold coin donation, all funds raised will go towards the publication of Mnemosyne’s first hardcopy edition.

RSVP to [email protected] by Monday 24 July or book your free tickets online at www.mnemosynejournal.org/events

Disclaimer: About Regional is Media Partner for the ‘Feminism in the 21st Century’ Forum.

About Regional will be recording the forum for later publication.