Canberra locals hold their own in international MMA competition Four students from the Stockade Training Centre competed in the GAMMA Championships in Singapore. Photos: Supplied.

Australia has taken out second place at the Global Association of Mixed Martial Arts (GAMMA) Championship in Singapore thanks to four fighters from Canberra.

The amateur MMA fighters from the Stockade Training Centre in Fyshwick travelled to Singapore to represent Australia against some of the world’s best amateur fighters. Australia came second behind Ukraine, tallying seven medals, including four gold and two silver. A total of 28 countries competed.

David Joshua Taumoepeau from Stockade won gold in the heavyweight division after tackling huge French kickboxer David Pierrat to take out the semi-final before stopping Ukrainian Emil Useinov in the final. Training mate Madison Franchi took home a silver medal after beating Ukrainian Ivanova Daryna in a tough semi-final before going down to American Fotini Kandris in a close final. Although Paul Franchi didn’t take home any medals, he won his first fight against trans-Tasman rival Carlos Hicks from New Zealand before being forced to retire from the competition due to an injury. 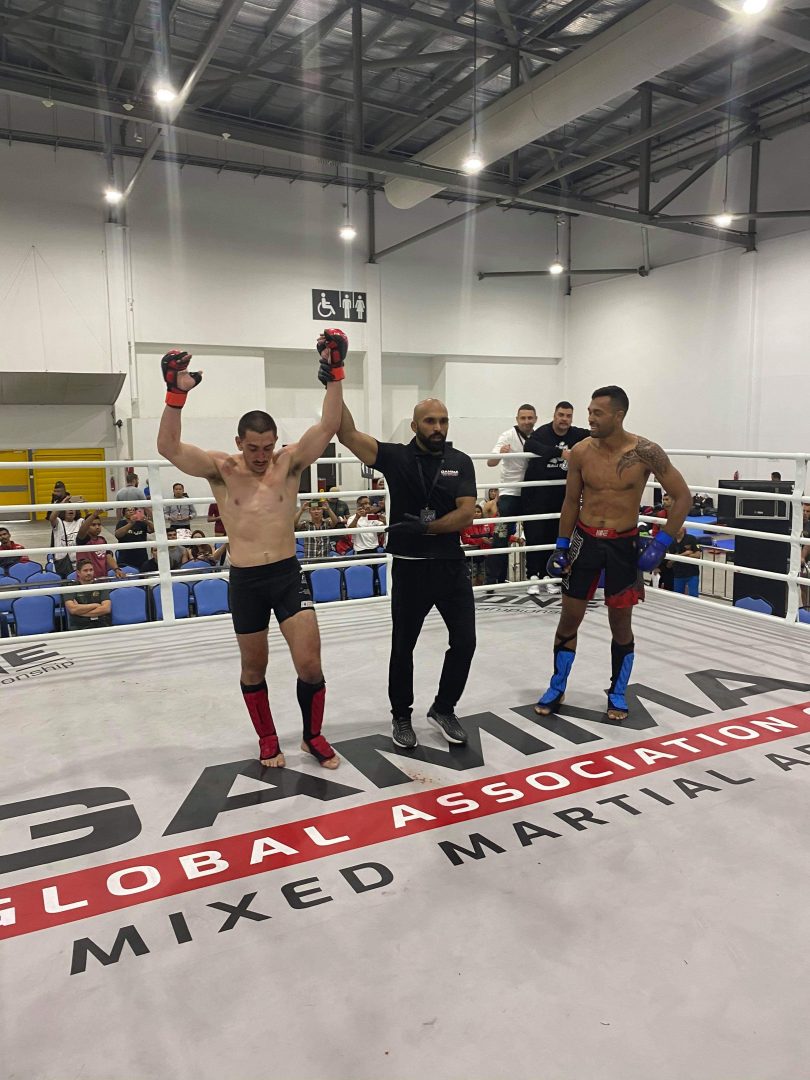 Paul Franchi wins his first-round bout against Carlos Hicks before being forced to retire due to injury.

Newbie Mason Craig competed in his first-ever MMA fight, having moved over to the sport as a kickboxing champion.

With an unlucky draw, Craig went up against the division medalist, Muaina Manase in the first round, putting in a great performance before the fight was stopped in the last 10 seconds. Manase went on to win the $100,000 division prize.

The Stockade Training Centre would like to give special thanks to Capital Brewery and To All My Friends bar in Cook which sponsored the team’s travel.

Meet the best barista in Australia, Canberra’s own Matthew Lewin

Canberra is home to the best coffee and the best baristas in Australia. If anyone disagrees with that statement, Matthew...
Read More